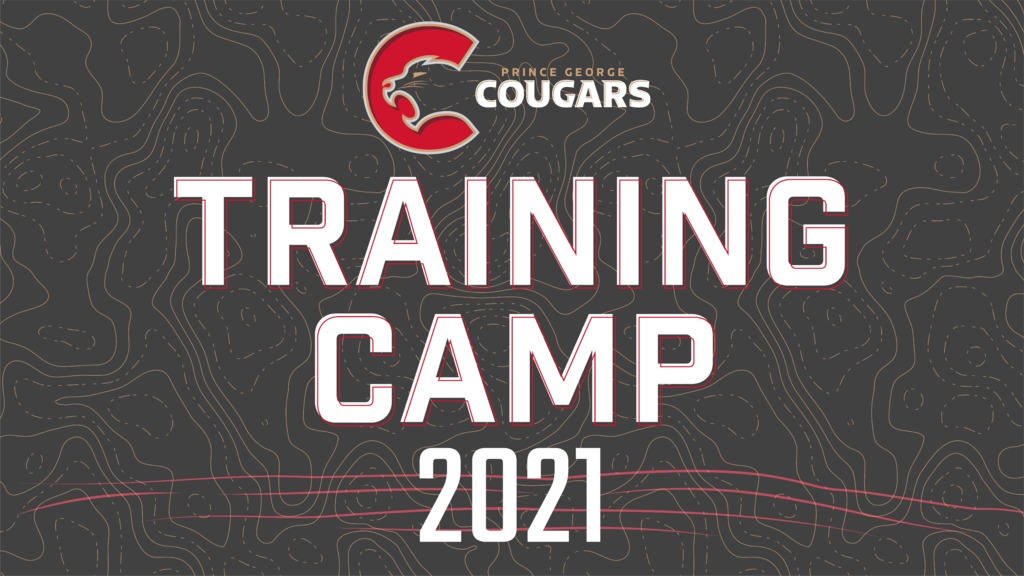 The Prince George Cougars opened Training Camp on Thursday at the CN Centre. 46 players checked-in for the five-day camp. The morning started with registration and photos, before the players hit the ice for a practice and the Prospects Showcase.

Team White defeated Team Black 7-4 in the Prospects Showcase Game. Team White had a trio of players with two goals, including 16-year-old Riley Heidt. Ryan Toor and Zach Shantz also bagged a pair of goals for Team White. Caden Brown and Ryker Singer, both first-round picks in 2020, scored in a losing effort for Team Black.

Day 2 of Training Camp begins at 9:00 am on Friday with on and off-ice Fitness Testing. 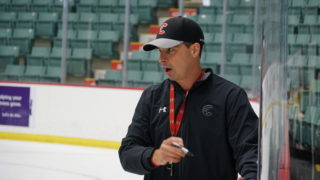 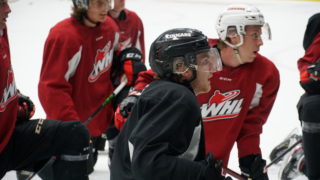 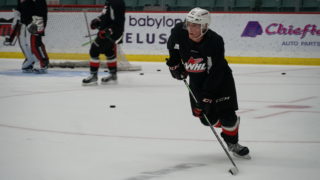 Hudson Thornton. Eyes on the prize 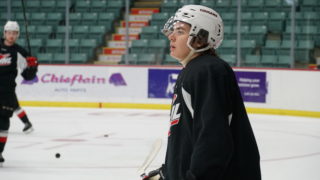 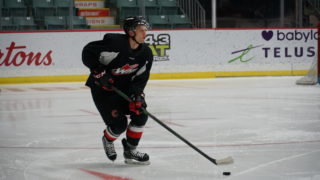 What is Tyson looking at? 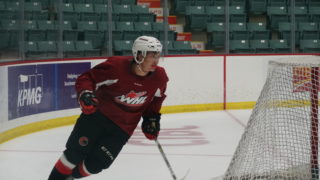 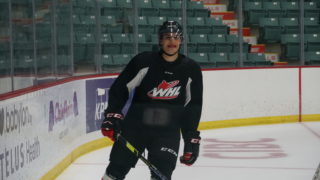 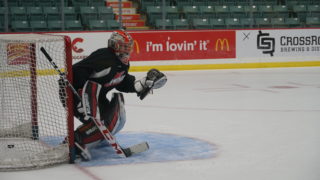 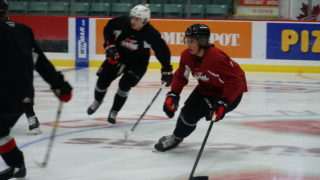 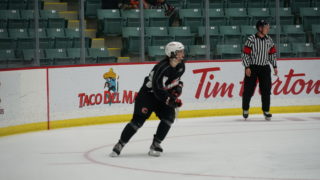 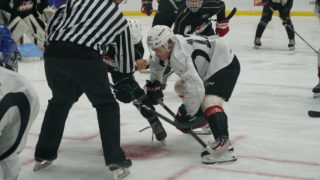 Riley Heidt in the face-off circle during the Prospects Showcase 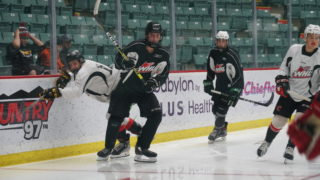 Action from the Prospects Showcase 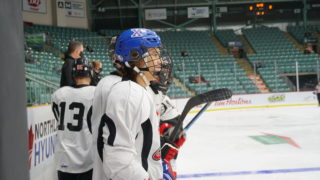 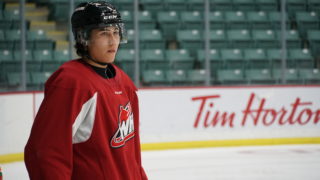 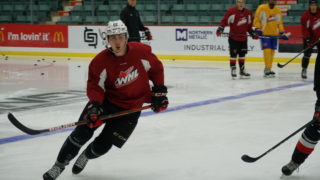 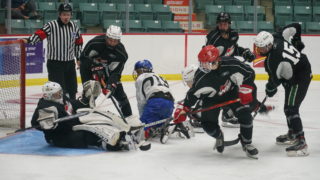 Friday also featured Fitness Testing, led by Athletic Therapist Mike Matthies. He was assisted by Chase Astorino and his team from Astorino Athletics. 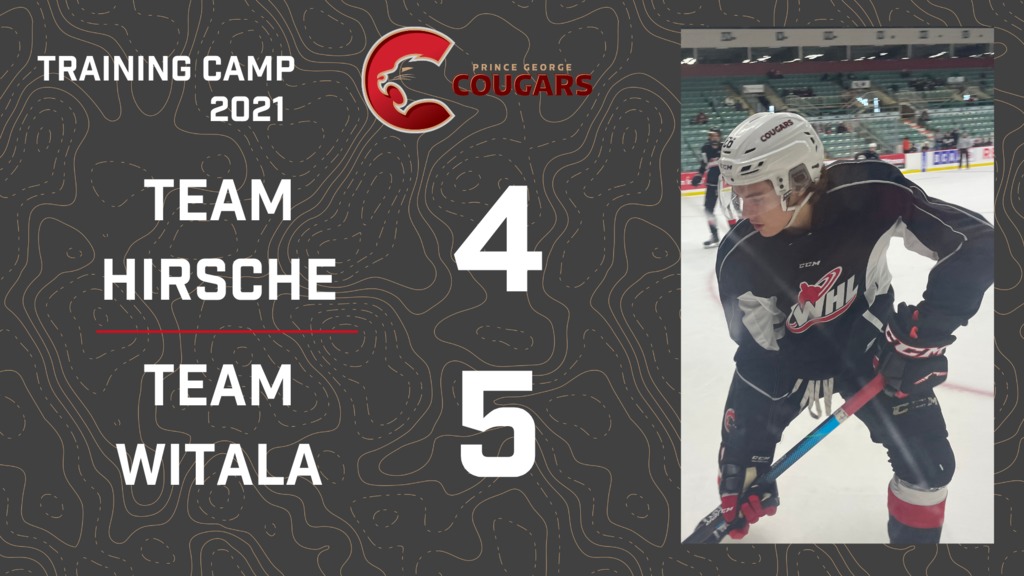 In the first scrimmage of Cougars’ Training Camp, Team Witala topped Team Hirsche 5-4 Friday night. The two teams played two thirty-minute run-time periods. The teams were tied 3-3 after the first half, before Team Witala scored two goals in the second half to secure the win. Tyler Brennan was the winning goalie for Team Witala and Ty Young suffered the loss for Team Hirsche.

Team Witala looks for their second-straight win Saturday morning at 9:15 am as they take on Team Brough.

Day 3 of Cougars Training Camp featured three games and hat-tricks. In the first game of the day, Carter MacAdams registered six points (3-3-6) in his team’s 9-4 win over Team Brough.

In the afternoon tilt, Ben Sutton scored a natural hat-trick as Team Hirsche dropped Team Brough 8-3. In the nightcap, Kyren Gronick had a four-point night, as Team Hirsche handed Team Witala their first loss of camp. 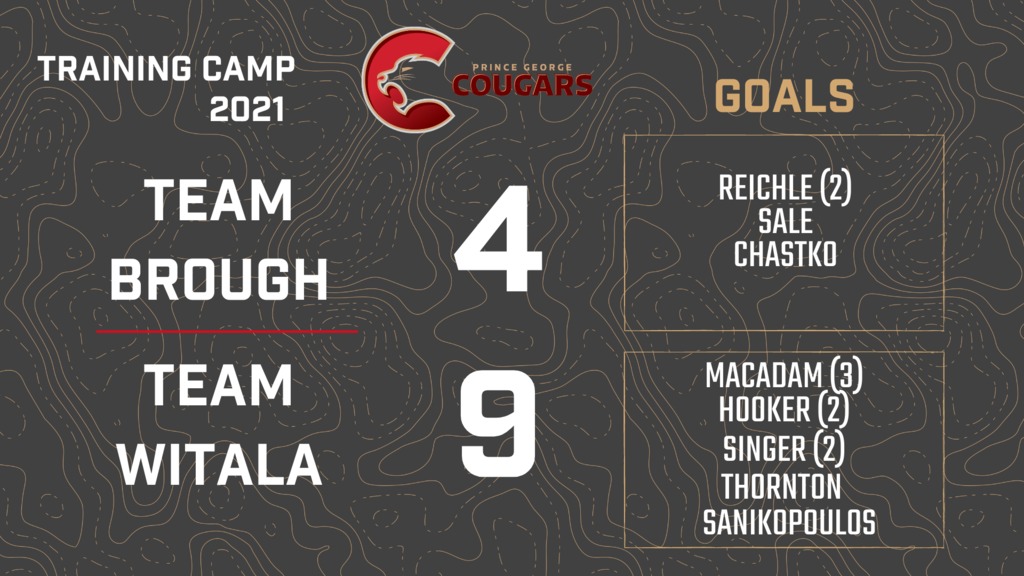 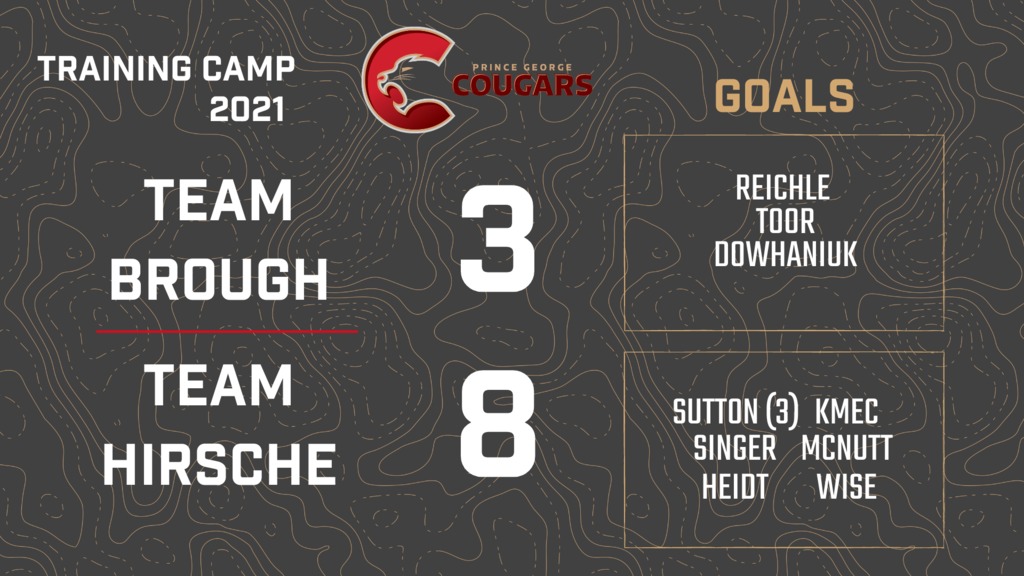 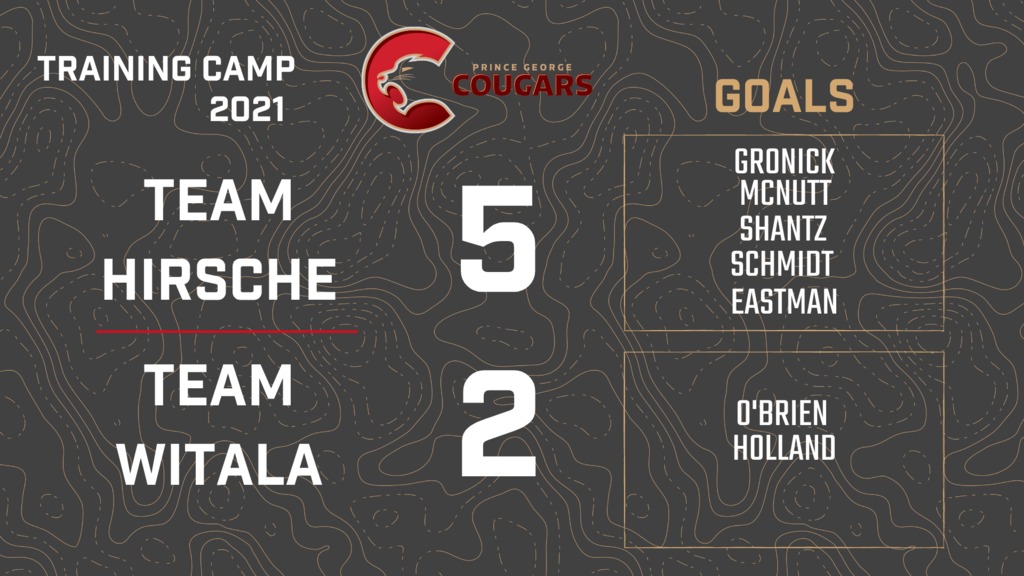 Kyren Gronick talks about his productive Saturday and his goals for the 2021-22 season.

Sunday was the final day of scrimmages at Cougars’ Training Camp. Two games were on Sunday’s schedule and both featured big scores. Up next is the annual Intrasquad game, as Team Brewer faces Team Hamhuis. The winner receives the Rob Charney Cup, named after former scout Rob Charney who passed away from cancer in 2013. 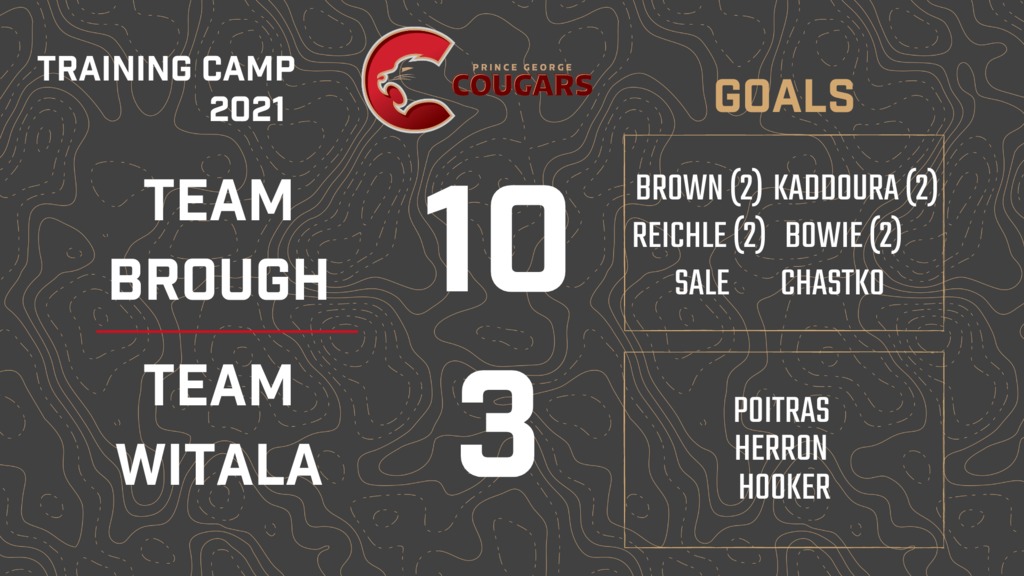 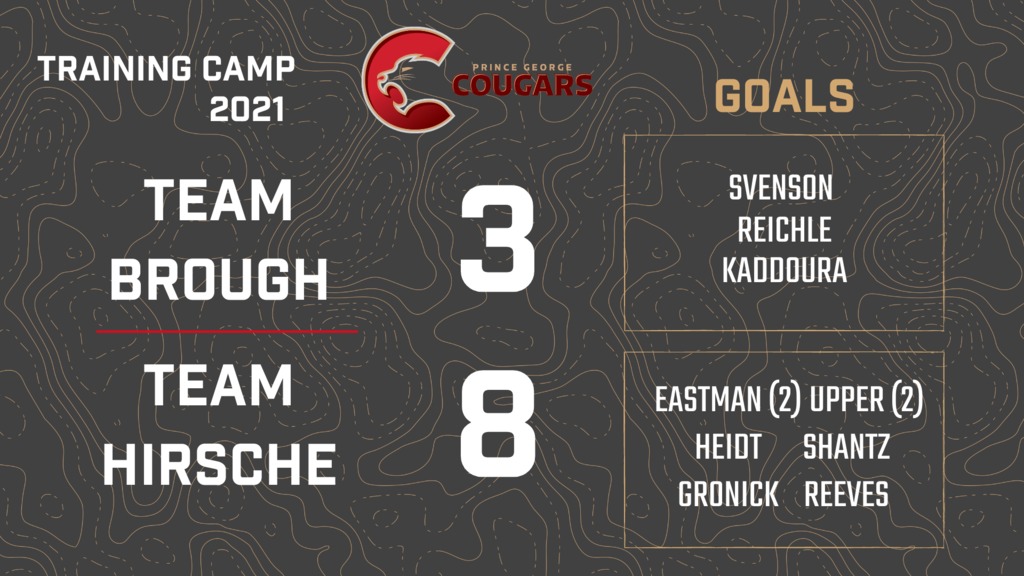 Blake Eastman touches on his strong finish to camp and previews the Rob Charney Cup.