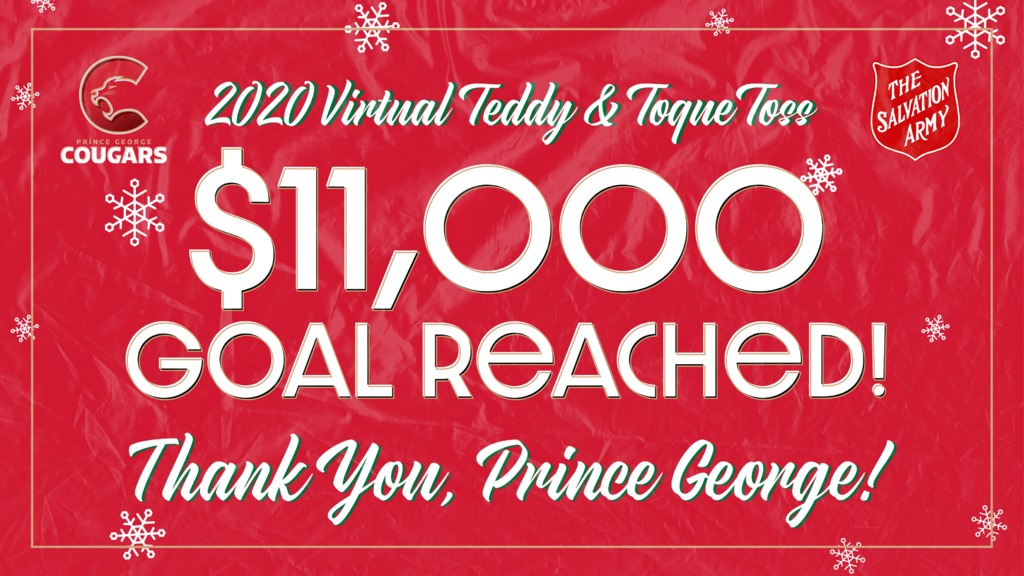 The Prince George Cougars are excited to announce that $11,000 was raised for the 2020 Virtual Teddy & Toque Toss, in support of The Salvation Army.

The Teddy & Toque Toss has been a long-standing tradition in the community and one of the most anticipated events during the Prince George Cougars season. The event was shifted online this year due to the ongoing pandemic and the response was overwhelming. The campaign goal of $5,000 was eclipsed in just a matter of days, and it didn’t take long for the campaign to double the original fundraising target.

“It’s been an honour to partner with The Salvation Army for so many years and we were blown away by the response of our fans, local businesses, and the community to help combat the unprecedented challenges so many are facing during this pandemic,” said Cougars’ Vice President, Business Andy Beesley. “We were so disheartened about having to cancel our annual Teddy & Toque Toss, but the response from the community has been so humbling. We’re grateful that with our partners we found a way to raise a significant amount of money that will go a long way in helping families in need in our community.”

The $11,000 will go towards The Salvation Army Food Bank, which serves over 1,000 families in our community per month.

For more information on The Salvation Army and the services they offer, visit their website www.sapg.ca

About the Salvation Army 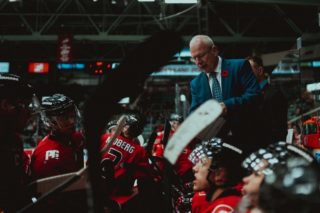