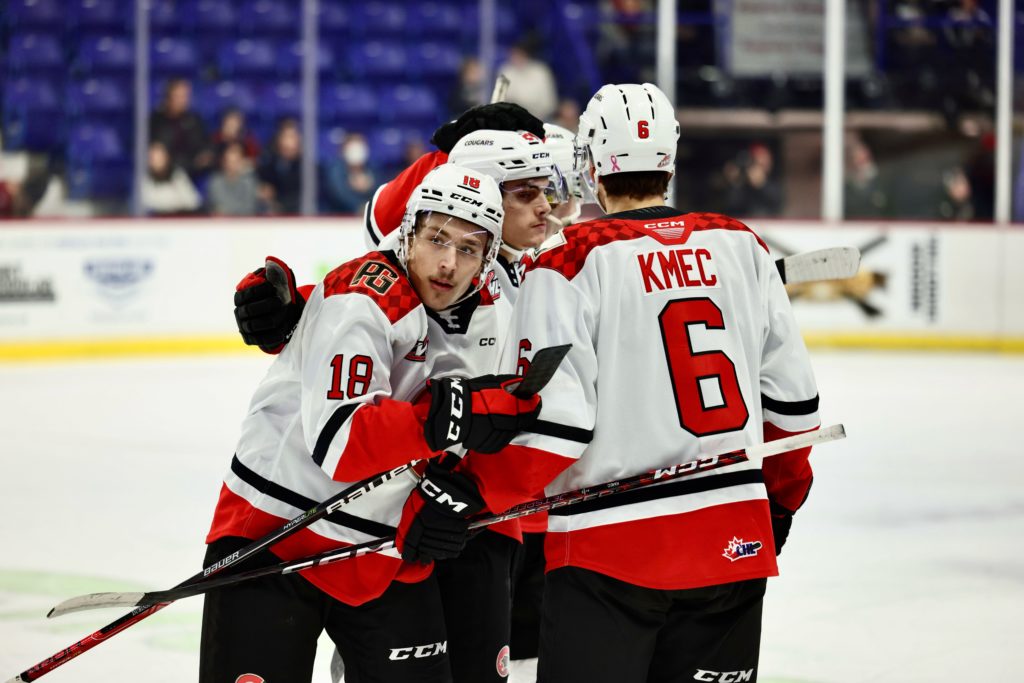 LANGLEY BC – The Prince George Cougars snapped their mini two game losing skid with a come from behind win over the Vancouver Giants, Sunday at the Langley Events Centre.

The Cougars and Giants traded goals in the opening period. Ty Thorpe got the scoring started just over a minute into the game to get Vancouver ahead. In the final minutes of the first period, Cole Dubinsky wired a wrist shot by Brett Mirwald on the power-play to tie the game. The game remained 1-1 after one.

The Giants added a pair of power-play goals in the second to get up 3-1, getting goals from Ty Halaburda and Samuel Honzek. The Cats cut into the lead with another power-play goal of their own, courtesy of a Chase Wheatcroft tip in. The Cougars found themselves down 3-2 after two periods.

Cayden Glover got the game tied early in the third, and the Cougars cruised after that. Koehn Ziemmer broke his seven-game goalless streak with a power-play goal, and then Caden Brown added two late in the third, including an empty netter, to put the nail in the coffin and give the Cougars a 6-3 win.

-Dating back to last season, the Cougars have won their last six games at the Langley Events Centre

-The Cougars improve to 9-3 on the road. That is the best road record in the Western Conference

Next Game: Tuesday, December 6th vs. the Everett Silvertips at the Angel of the Winds Arena.