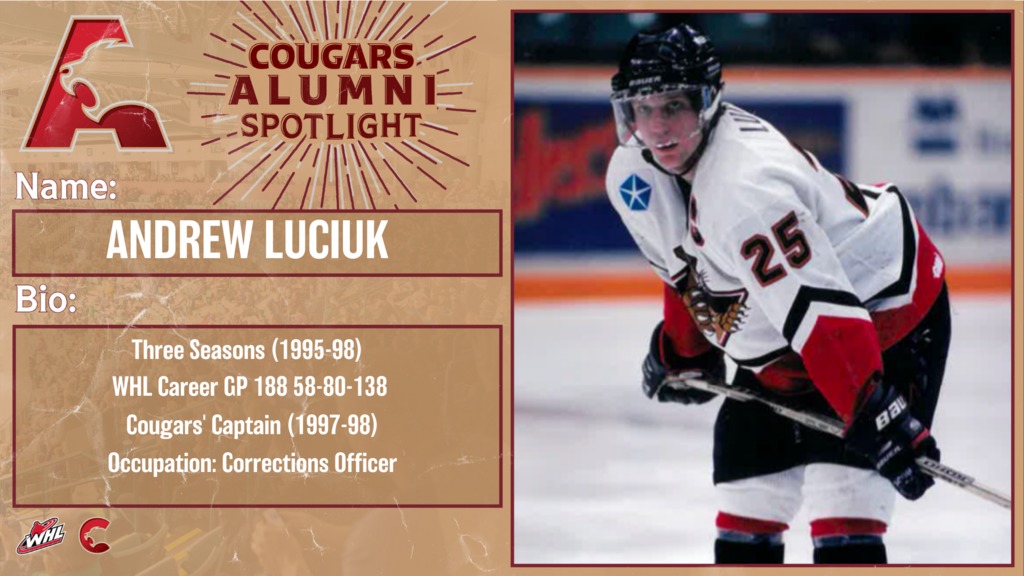 Our first Alumni Spotlights looks back at a former Prince George Cougars’ captain in Andrew Luciuk. Luciuk played for the Cougars for three seasons from 1995-1998 and was the captain of the team in 1997-1998. In 188 career regular season games he had 58 goals and 80 assists for 138 points.

We spoke with Luciuk recently over the phone from his home in Nanaimo, where he took a break from tending to his garden, to take a trip down memory lane. When asked about his three seasons in Prince George, Luciuk looks back at them fondly.

“It was a great time in my life. We had a great group of guys. Obviously, it was a struggle my first year there but then we had a new GM, new coaching and things turned around for the good. We made a good playoff run my second year and had a really good team in my third year, that just unfortunately ran into a really good team in the playoffs, but two really good seasons to finish out my WHL career.”

After he put up 22 points (7g, 15a) in 68 games in his rookie season, which saw the Cougars win just 17 of their 72 games, Luciuk benefited from a change behind the bench. Stan Butler was hired as the Head Coach ahead of the 1996-1997 season. The Cougars went on to nearly double their win total from the previous year and made the playoffs. Luciuk put up 40 points in 57 games and another 11 in 15 playoff games as the Cougars advanced to the WHL Western Conference Final. In his final season, with Ed Dempsey behind the bench, Luciuk was the captain and scored a career high 30 goals and finished with 76 points in 63 games. What stood out to him the most about his final two seasons in Prince George? The atmosphere.

“In my last two seasons, the fans started to fill the rink and that made Prince George a really hard place to come play, and that was an advantage come playoff time. I remember sitting in the dressing room before those games and you can hear the crowd, they had those metal stands shaking. It was so loud that during one game the other team had to leave the bench and go into the hallway after they took their timeout in order for them to hear their coach.”

After the WHL, Luciuk played eight seasons of minor league professional hockey in the United States and moved back to Prince George after retiring from hockey in 2006 after a back injury. He coached minor hockey as he was looking for the next chapter in his career. Then, it was an ad in the local paper that set him on a new course.

“My wife saw an ad in the Prince George newspaper for BC Corrections, they were hiring Corrections Officers. I thought to myself let’s try it out, as it came with a good pension and it was a good paying job. That was over 10 years ago and I’m still doing it and l love it.”

Luciuk says there are a lot of parallels between hockey and his career now, “Teamwork, being a strong team member is vital when things go off at work. Communication is integral too. I prided myself on being a really good communicator in the dressing room and you have to be when working in corrections too.”

Luciuk, 11 years into his career as a Corrections Officer, lives in Nanaimo with his wife and two daughters. 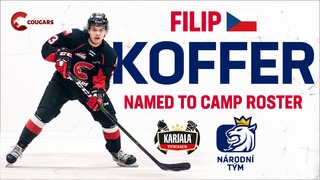 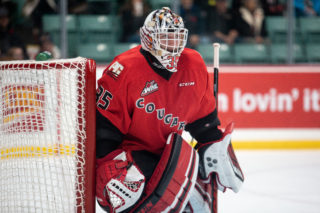 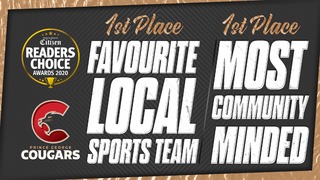 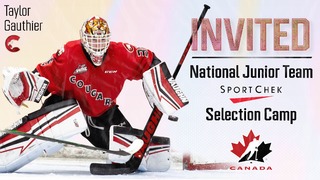