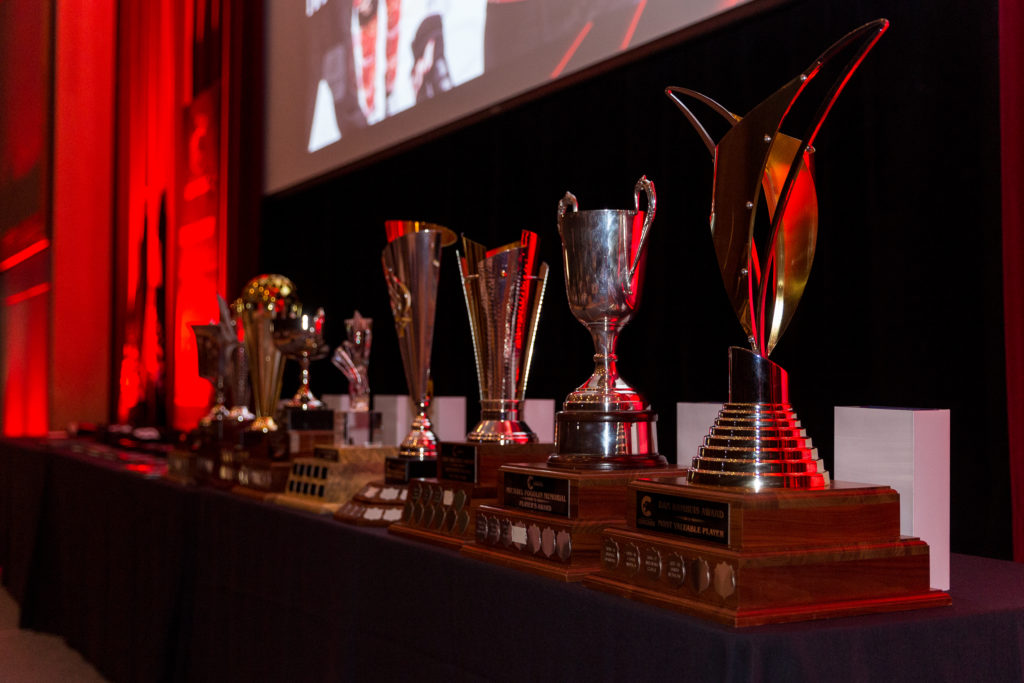 Over 300 fans, parents, billets, volunteers and Cougars representatives gathered to celebrate the 2018-19 regular season filled with many individual milestones and accomplishments.

Mayor Lyn Hall, MLA Shirley Bond and CEO of the Spirit of the North Healthcare Foundation Judy Neiser, were local dignitaries on hand that they presented awards.

20-year-old’s Josh Curtis, Joel Lakusta and Mike MacLean each received a photo plaque and game worn and alumni jerseys as keepsakes for their careers with the Cougars.

Then it was time for the individual awards which were presented in the following order:

The Cougars organization congratulates all of the award winners, and would like to thank our fans, sponsors and volunteers for their support in the 2018-19 season.