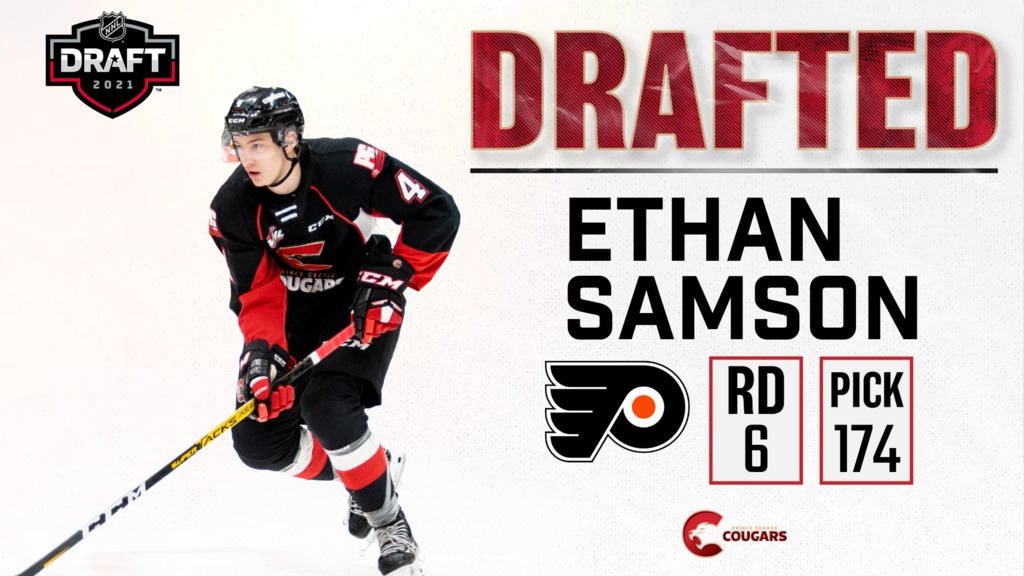 The Prince George Cougars are pleased to announce 2003-born defenceman Ethan Samson has been drafted by the Philadelphia Flyers in the sixth round, 174th overall, in the 2021 NHL Draft Saturday.

The Flyers have selected @TheWHL defenseman in the 6th round (174th overall) of the 2021 #NHLDraft. pic.twitter.com/ebmMvjSZ1I

“I’m extremely excited to be drafted by the Philadelphia Flyers,” said Samson. “I would like to thank everyone of my coaches that have helped me along the way, and especially my parents for all the sacrifices they have made to get me here.”

Congratulations to Ethan Samson of the @PGCougars, selected 174th overall by the @NHLFlyers!#MeetTheFuture | #NHLDraft pic.twitter.com/lc2gITtmZV

Samson is the second Cougars defenceman in the last three years to be selected in the NHL Draft. Cole Moberg was picked by the Chicago Blackhawks in the 7th round, 194th overall, in the 2019 NHL Draft. He is the first member of the Prince George Cougars franchise to be drafted by the Flyers. 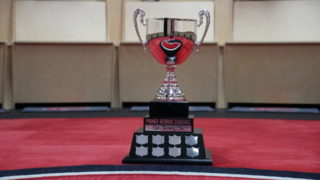