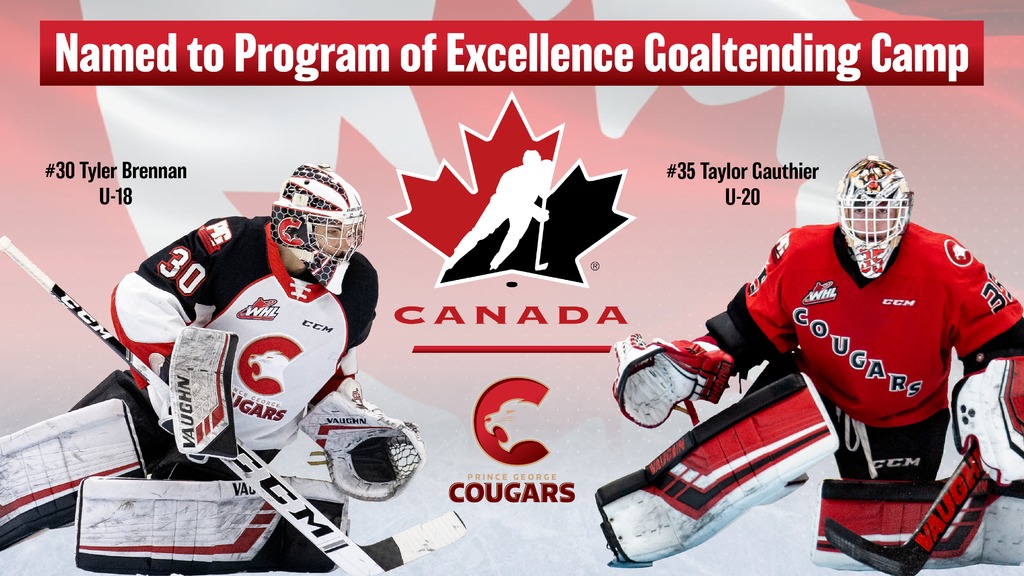 The Prince George Cougars are pleased to announce goaltenders Tyler Brennan (’03) and Taylor Gauthier (’01) have been invited to Hockey Canada’s Program of Excellence (POE) Goaltending Camp.

The Cougars are the only team in the Western Hockey League (WHL) to have two goaltenders invited to the POE Goaltending Camp.

“This is a great recognition for these two young men and our organization,” said Cougars’ General Manager & Head Coach, Mark Lamb. “For both to be selected to a national camp shows they’re in the top tier of their age groups. We’re very fortunate to have two talented goaltenders that will give us stability in the position for years to come.”

Brennan, 17, is one of six goaltenders invited at the under-18 level. The Winnipeg, MB product played 15 games this past season. As a 16-year-old rookie, Brennan posted four wins, to go along with a 3.34 goals-against average and a .887 save percentage. Brennan earned his first career win on October 5th, 2019 against the Kelowna Rockets, making 26 saves in a 4-1 victory. The 6’3, 187-pound puck stopper was drafted by the Cougars in the first-round, 21st overall, in the 2018 WHL Bantam Draft.

“The Program of Excellence goaltending camp is a great opportunity to bring together the top young goaltenders in the country and assist with the development process for these athletes,” said Scott Salmond, senior vice-president of national teams for Hockey Canada. “Despite the unique nature of this year’s camp and the switch to an online delivery for our programs, we believe all 23 goalies will benefit from world-class instruction as we continue to prepare for a new season.”

Online sessions will include goaltender development, mental and physical performance, planning for short-term competition, environments for success, embracing the role of a back-up goaltender, and more. 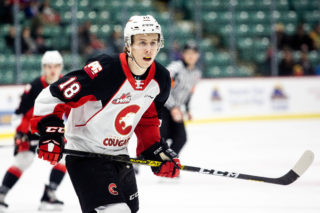