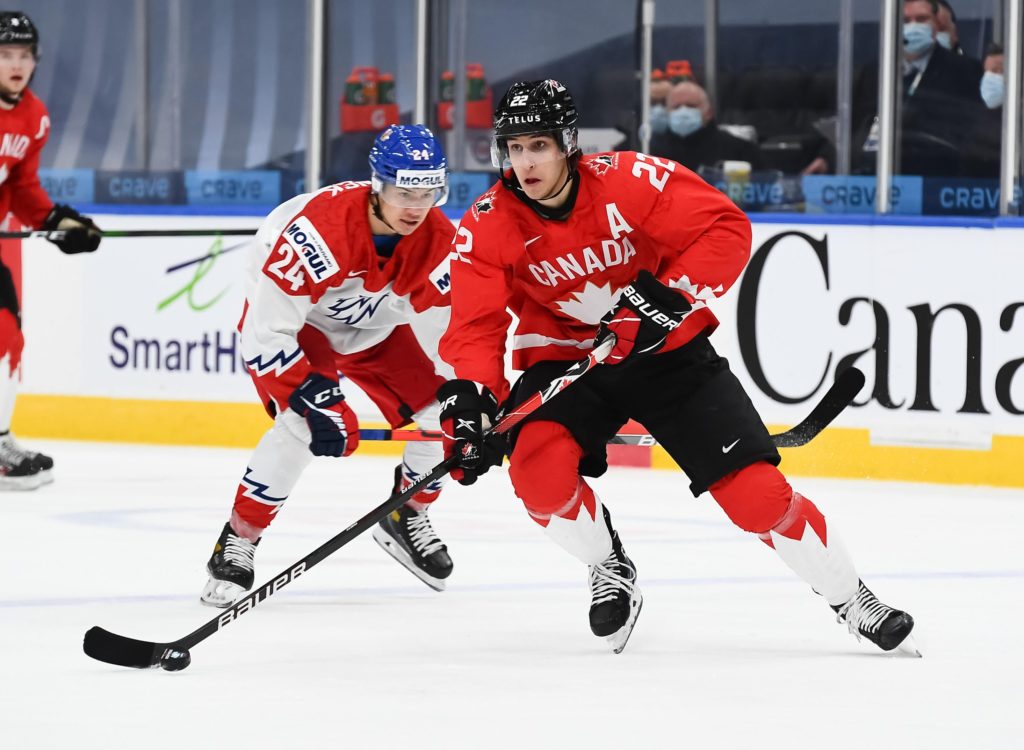 Filip Koffer’s tournament has come to an end. The Prince George Cougars’ forward and the Czech Republic were eliminated by Canada on Saturday after a 3-0 loss in quarterfinal action at the World Junior Hockey Championship in Edmonton.

Koffer played just over 14-minutes in the loss and was a on the ice for one goal against. The Cougars forward had a strong showing at the tournament, as he finished with one goal in five games, and was regularly featured on the Czech penalty-kill. Koffer’s goal was the game-winner in the Czechs’ 2-0 win over Russia in preliminary round action.

Canada has to await the outcome of the USA-Slovakia quarterfinal matchup on Saturday evening in order to determine their semifinal opponent on Monday. If the favoured Americans win, then Canada would face Russia.

In other quarterfinal action, Russia edged the Germans 2-1 earlier on Saturday. Finland came back from two goals down to stun Sweden 3-2. The Finns broke a 2-2 tie with just 23-seconds left in regulation.