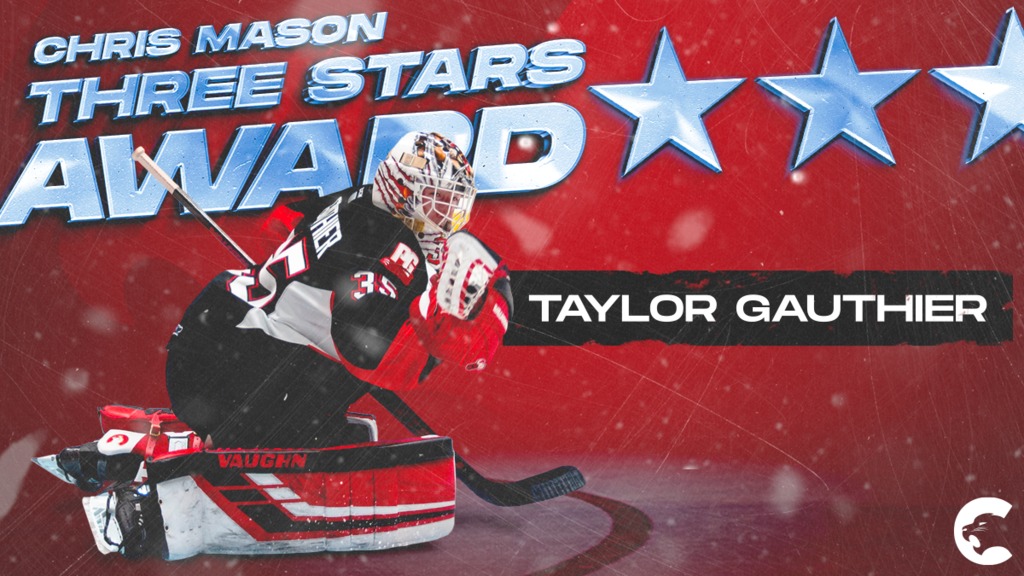 The Chris Mason Award goes to the player with the most Three Star selections throughout the season. Gauthier was the backbone of the Cougars and when they won, he was almost guaranteed to by one of the three stars of the game.

“He put in the hard work this season to become one of our leaders. His focus and preparation helped him become one of top goalies. He is still young, still improving, and he has a great future ahead,” said Cougars’ General Manager & Head Coach Mark Lamb.

Chris Mason was a goaltender for the Cougars from 1994-1997, playing in 168 regular season and playoff games. He went to play over 300 games in the NHL spread over 11 seasons with Nashville, St. Louis, Atlanta, and Winnipeg. He also represented Canada at the IIHF World Hockey Championship and the Spengler Cup.