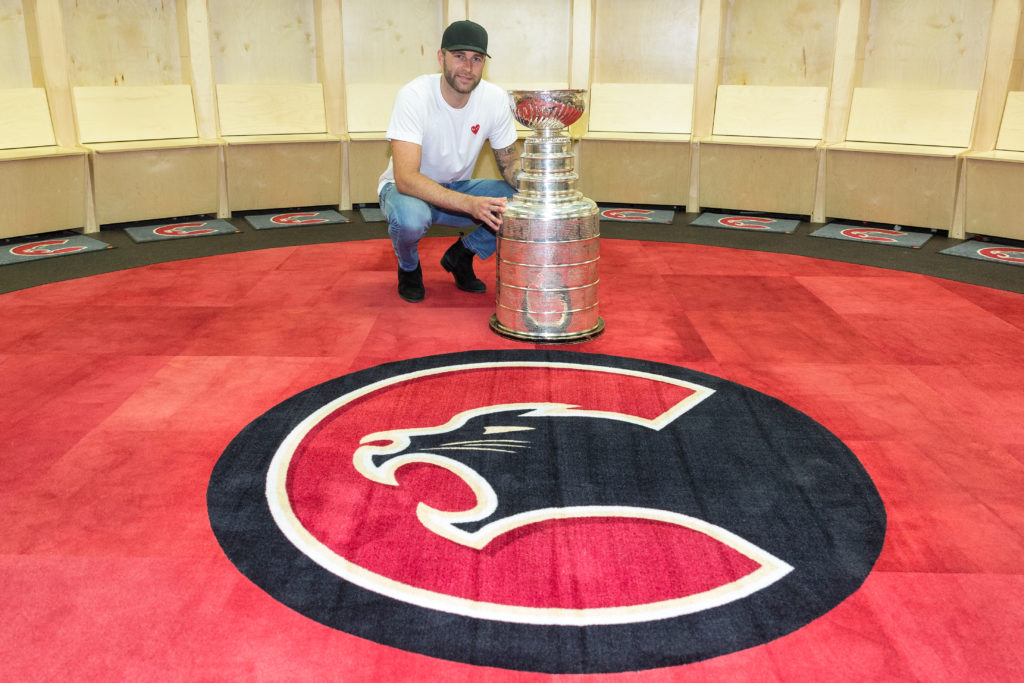 The Prince George Cougars and alumnus Brett Connolly are proud to announce that a total of $16,000 was raised for the Brock Hirsche Memorial Pronghorn Hockey Award.

Brett Connolly, who played two seasons with Hirsche in Prince George, wanted to come back to his hometown with the Stanley Cup and honour his former teammate.

“Brock left an indelible mark on the Cougars organization, with his character and leadership. He was so selfless, always thinking of others and I wanted to honour the legacy he created,” said Connolly.

Through live and silent auctions and raffles, surrounding the August 20th, Stanley Cup celebration at the CN Centre, $16,000 was raised in memory of former Cougar Brock Hirsche. Hirsche passed away in April after a brave fight with testicular cancer at the age of 26.

The Brock Hirsche Memorial Pronghorn Hockey Award is a scholarship to be awarded annually, at the University of Lethbridge, to a Pronghorn men’s hockey player, who displays leadership and is involved in promoting men’s health awareness.

Hirsche played parts of four seasons with the Cougars and was the team’s Captain in the 2012-13 season. He also played three seasons at the University of Lethbridge and was the Captain of the Pronghorns in his final season in 2015-16.

Before his passing, Hirsche, along with a committee of friends and family, worked with the University of Lethbridge to establish an endowment for the men’s hockey program. They shattered their original goal of $25,000, as fund raising efforts have since climbed to $103,000. The University of Lethbridge will now award multiple scholarships each year.

“What an incredibly generous and thoughtful gesture from Brett Connolly to organize a fundraising effort for the Brock Hirsche Memorial Pronghorn Hockey Award and to honour his former teammate’s legacy,” said Robb Engen, Manager, Development for Pronghorn Athletics. “Many thanks to Brett, the Cougars and the community of Prince George for their tremendous gift to honour Brock Hirsche.”

Those wishing to pay tribute to Brock and support the Brock Hirsche Pronghorn Hockey Award can do so at gohorns.ca/for-brock.