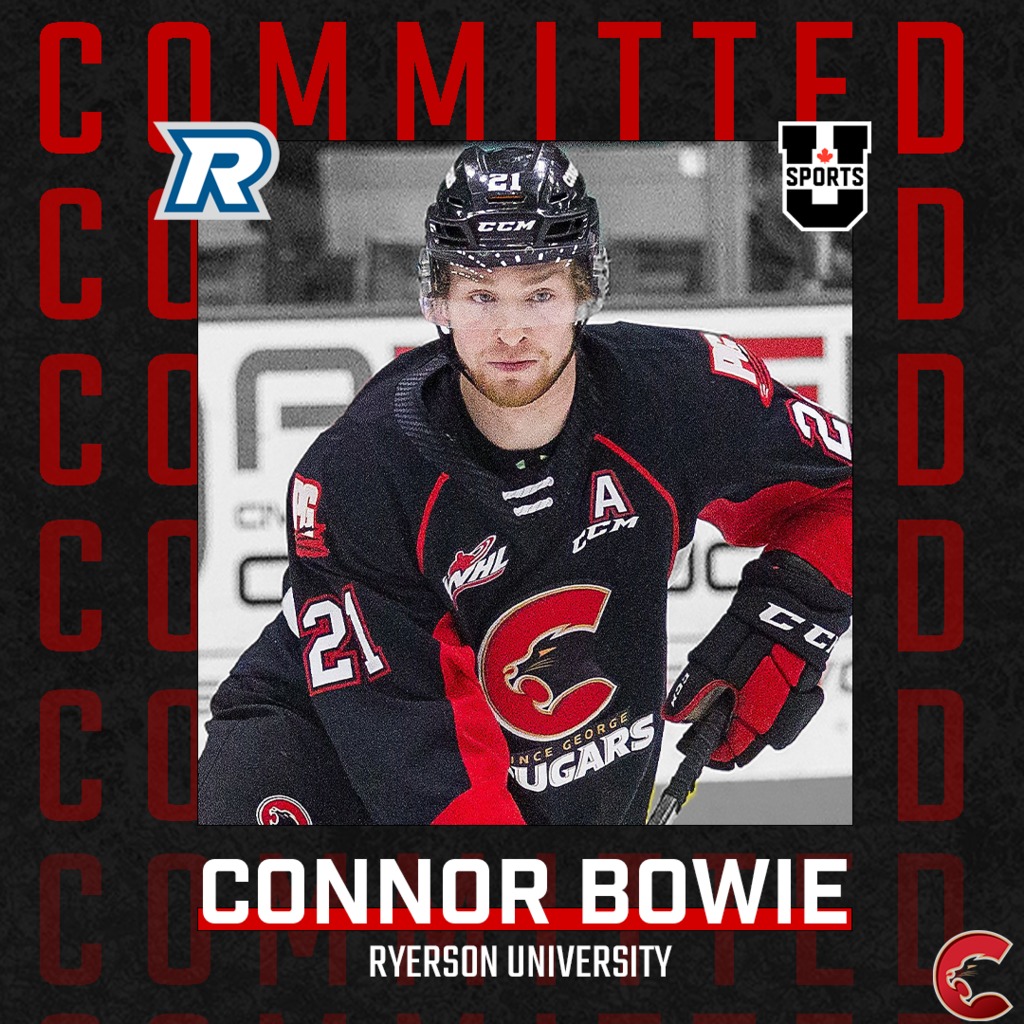 Prince George BC – The Prince George Cougars are excited to announce that forward Connor Bowie has committed to play for Ryerson University in the U-Sports Men’s Hockey League.

“Ryerson is the best possible spot for my development as a hockey player, paired with a great school, and unreal facility, it was clear where I should be playing hockey next year. I was interested in the program right away,” said Bowie.

Bowie, 21, spent the last four seasons with the Cats, totalling 222 games played. In those contests, the Fort St. John product finished with 40 goals and 29 assists. Bowie’s best season offensively came in the 2021-22 picking up 28 points (15G – 13A) in 64 games. The 6’3 forward was a big part of the Cougars’ leadership group, serving as an alternate captain in his final two years in Prince George. Away from the rink, Connor never hesitated to be involved with the community, always helping with the Cougars’ hockey school, elementary school reading programs, and much more.

“Connor was a very coachable player, he has an incredible work ethic, and really helped our younger guys throughout the season,” said General Manager and Head Coach Mark Lamb.

“My time in Prince George was and will always be very special to me,” added Bowie. “I’m grateful for the coaches, teammates, and people I met while playing and developing in Prince George. I want to thank Mark Lamb, Josh Dixon, Steve O’Rourke, Taylor Dakers, and Fraser Rodgers. My billets Vickie Brown and Andrea Reeves, and lastly the fans. Thank you for helping and preparing me for the next level and pushing me to get there.”

The Cougars organization would like to congratulate Connor on his commitment to Ryerson and wish him the best of luck moving forward. 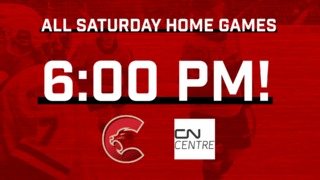