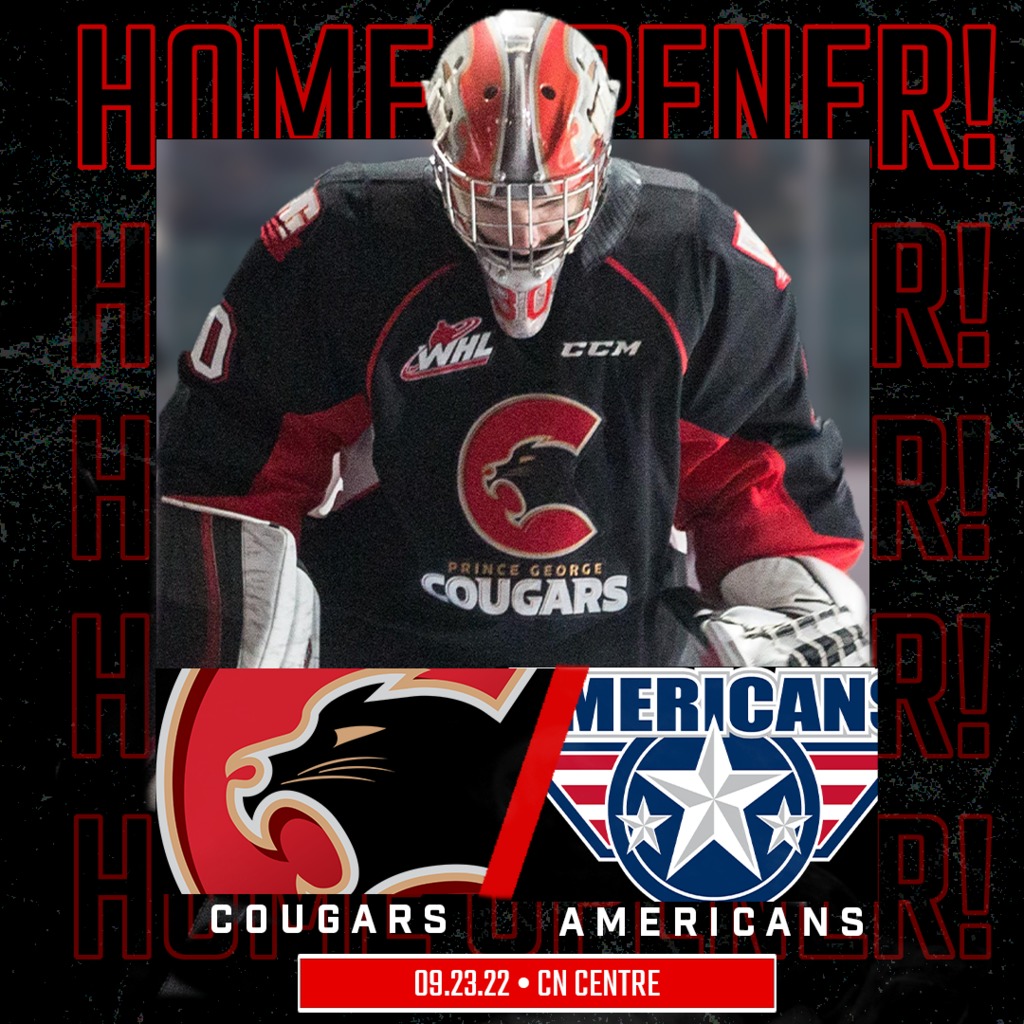 Prince George BC – The Prince George Cougars are excited to announce their 2022-23 Western Hockey League regular season home opener is scheduled for Friday, September 23rd, against the Tri City Americans.

This marks the first time in franchise history that the Cougars will begin their season against the Americans.

The full WHL schedule will be released at a later date.