Cougars Collect Win Number One In Season Opener Vs. Tri-City 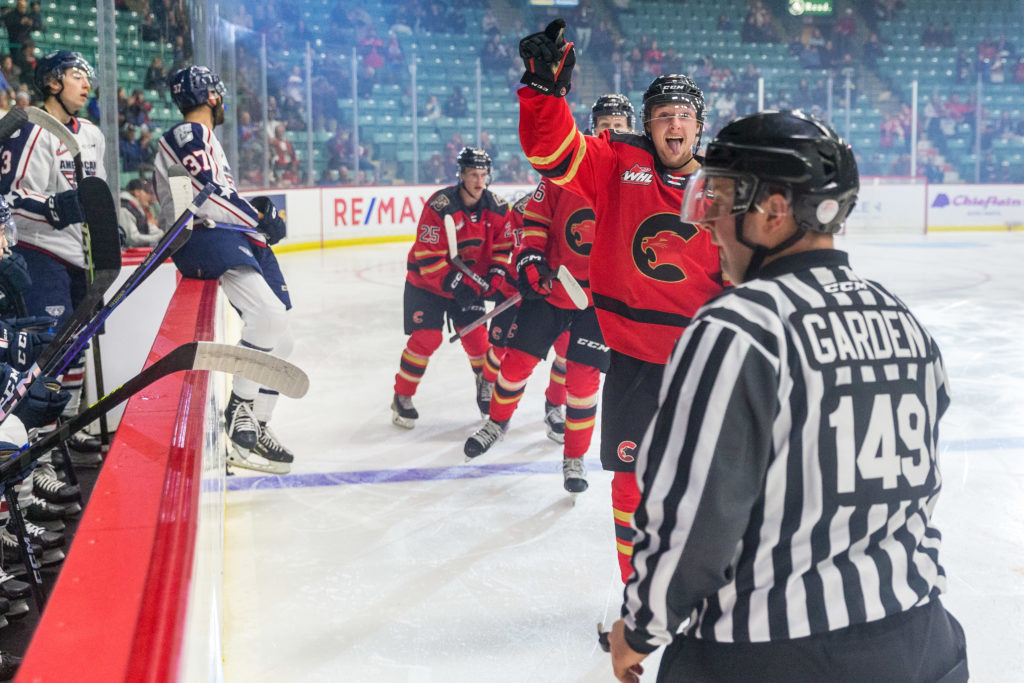 PRINCE GEORGE BC – Multi-point efforts from Carter MacAdams, Ondrej Becher, and Ephram McNutt proved to be the difference as the Prince George Cougars collected their first win in the season opener against the Tri-City Americans by a 5-1 score.

PG: Just over two minutes into the game, Carter MacAdams was able to find Ephram McNutt streaking up the left wing on an odd man rush, and McNutt fired it by Tomas Suchanek to give the Cats an early lead. McNutt’s first WHL goal was assisted by both MacAdams and Madden Mulawka at 2:11.

PG: Just under six minutes into the second stanza, a drop pass at the left circle from Ondrej Becher set up a one time blast by Carter MacAdams by the blocker of Suchanek to double the Cougars lead. MacAdams’ first of the year was assisted by Becher and Blake Eastman at 5:50.

PG: Just 19 seconds later, it was MacAdams back at it as he was able to rip a wrist shot in the slot area to make it 3-0 PG. His second of the year and the game was set up by Caden Brown and Ephram McNutt at 6:09.

PG: A few minutes later, Blake Eastman made a terrific feed at the left circle to Ondrej Becher racing up the middle and the Czech forward made a great move in tight and roofed it over Suchanek to make it 4-0 Cats. Becher’s first WHL goal was assisted by Eastman and Hudson Thornton at 12:34.

TC: The Americans were able to get on the board courtesy of Ian Ferguson. On an American 2 on 1, Jake Sloan’s initial shot was stopped by Madden Mulawka, but the rebound was then potted home by Ferguson to make it 4-1. That tally came 6:31 into the third.

PG: The Cougars were to get one back on the power-play. It was a shot from Koehn Ziemmer at the right circle that was ripped top corner on the blocker side of Suchanek to make it 5-1. The power-play marker came at 13:11 and was assisted by Keaton Dowhaniuk.

The Cougars wrap up the two game set with Tri-City tomorrow night at 6:00 PM.