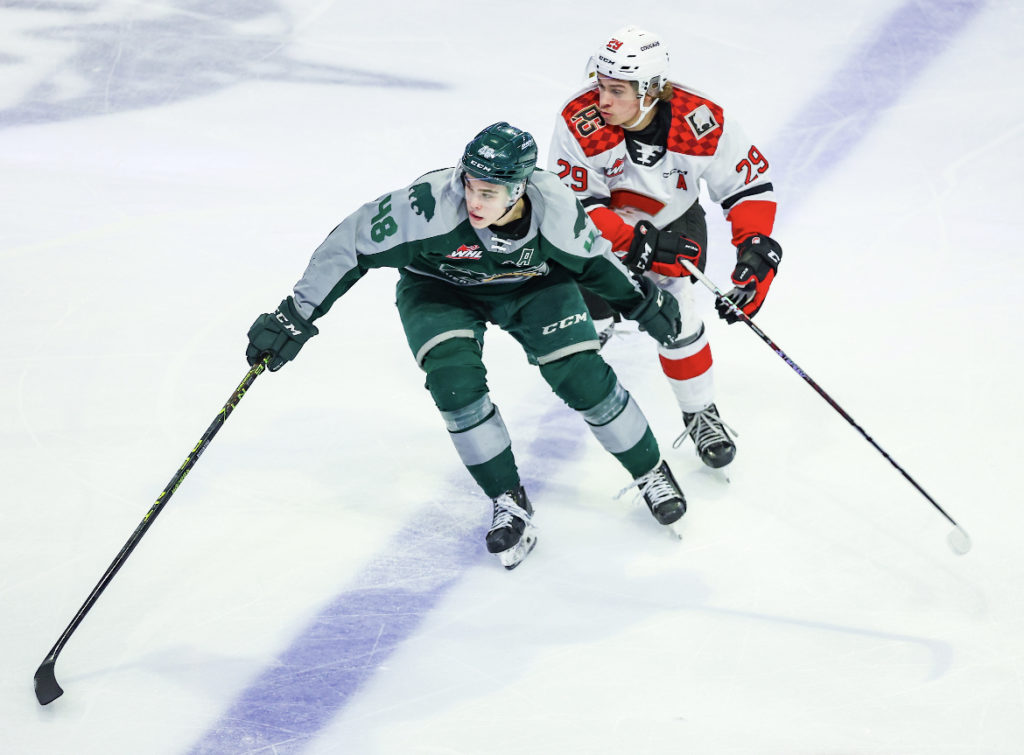 Everett WA – The Prince George Cougars got two power-play goals in the first period to get ahead , but the Everett Silvertips answered with four goals of their own in the second and third to give them a 5-2 win, Tuesday at the Angel of the Winds Arena.

The Cougars got the scoring started 1:57 in with a Chase Wheatcroft power-play goal in front of the net. The Silvertips countered with a goal of their own from Austin Roest just over 10 minutes later. On an ensuing Cougars power-play, Wheatcroft danced his way to the net on the power-play with a highlight reel goal to get the Cats ahead 2-1 after the opening 20. That was Wheatcroft’s 20th goal of the season.

📽️ HIGHLIGHT OF THE NIGHT 📽️

The Cougars fired 18 shots in the second period but were unable to get rewarded with any goals. The Silvertips added a pair of goals in the period from Ryan Hofer and Ben Hemmerling to get ahead 3-2 after 40 minutes.

-Chase Wheatcroft leads the WHL in power-play goals with 12

Next Game: Wednesday, December 7th vs. the Portland Winterhawks at the Veteran’s Memorial Coliseums at 7:05.