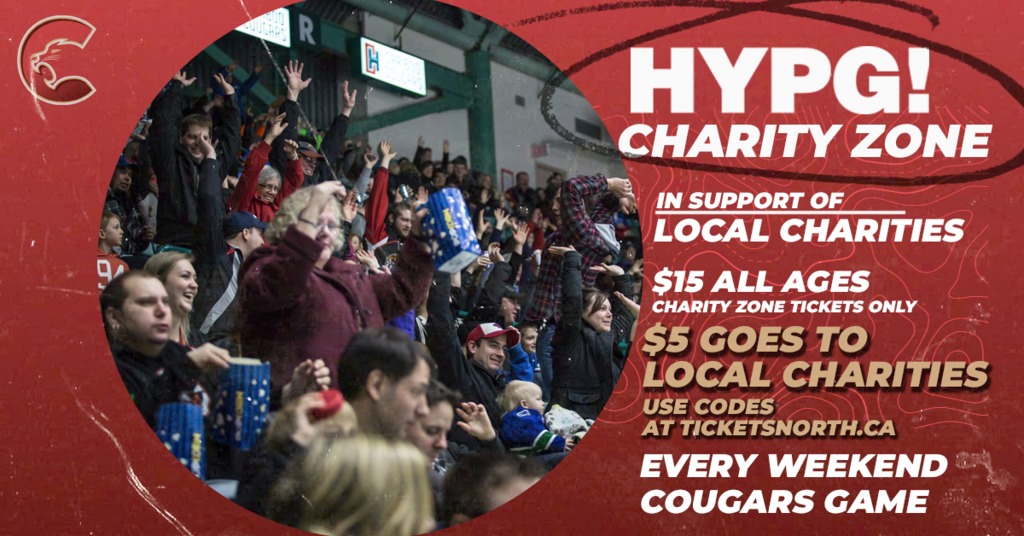 “We pride ourselves on continually looking for ways to contribute back to our community, and this partnership with HYPG is a natural fit for us. We’re excited to work closely with many charities that have a major impact in Prince George, and look forward to having a great atmosphere inside the CN Centre,” noted Cougars’ Vice President, Business Andy Beesley.

The Cougars will have a special promo code for each game, which customers can use online or at the TicketsNorth by Treasure Cove box office to purchase tickets in the HYPG Charity Zone.

HYPG Charity Zone tickets are now on sale. Fans can purchase tickets in the HYPG Charity Zone for the Cougars home opener on Friday, September 20thagainst the Vancouver Giants, with proceeds going to the Prince George Hospice Society. Proceeds from the Cougars’ game against the Giants on Saturday, September 21stwill go to the Prince George chapter of the Canadian Mental Health Association.