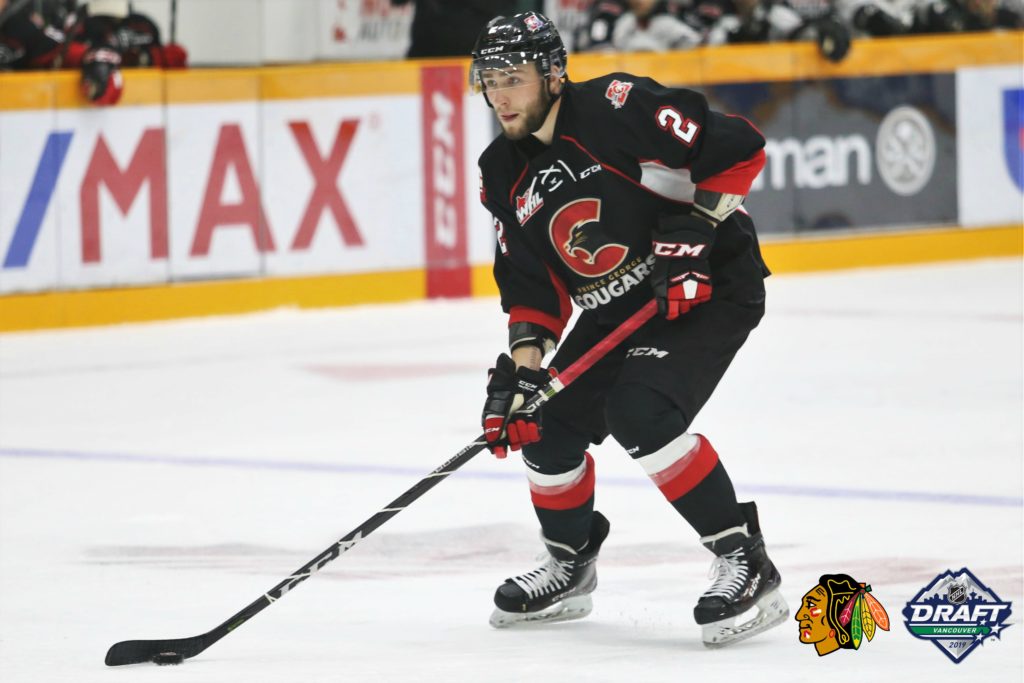 The Prince George Cougars are proud to announce defenceman Cole Moberg (’00) has been selected by the Chicago Blackhawks in the seventh-round, 194th overall, in the 2019 NHL Draft.

“He has earned everything that has come his way,” said General Manager & Interim Head Coach Mark Lamb. “Cole has the right attitude and work ethic and today is a culmination of the hard-work he’s put in.”

Moberg, signed by the Cougars in 2016, had a breakout 2018-19 season, as he set career highs in goals (13), assists (27), and points (40). His 13 goals were eighth-best among WHL defencemen. Moberg was the Cougars’ top scoring defenceman and finished third in team scoring. The North Vancouver, B.C. product won the team’s Eric Brewer Award, handed out annually to the Cougars’ top defenceman. In 129 WHL career regular season games, Moberg has compiled 16 goals and 36 assists for 52 points.

“It’s a surreal feeling to see all that work I’ve put in pay off. I am so honoured to be drafted by an organization with such a rich history like the Blackhawks,” said Moberg. “There’s so many people to thank from my family, to coaches to the Cougars organization. The real work begins now.”

Moberg is the first Cougars’ defenceman to be drafted in the NHL since Josh Anderson was taken by the Colorado Avalanche in 2016. Moberg will attend the Blackhawks Development Camp in Chicago next month.