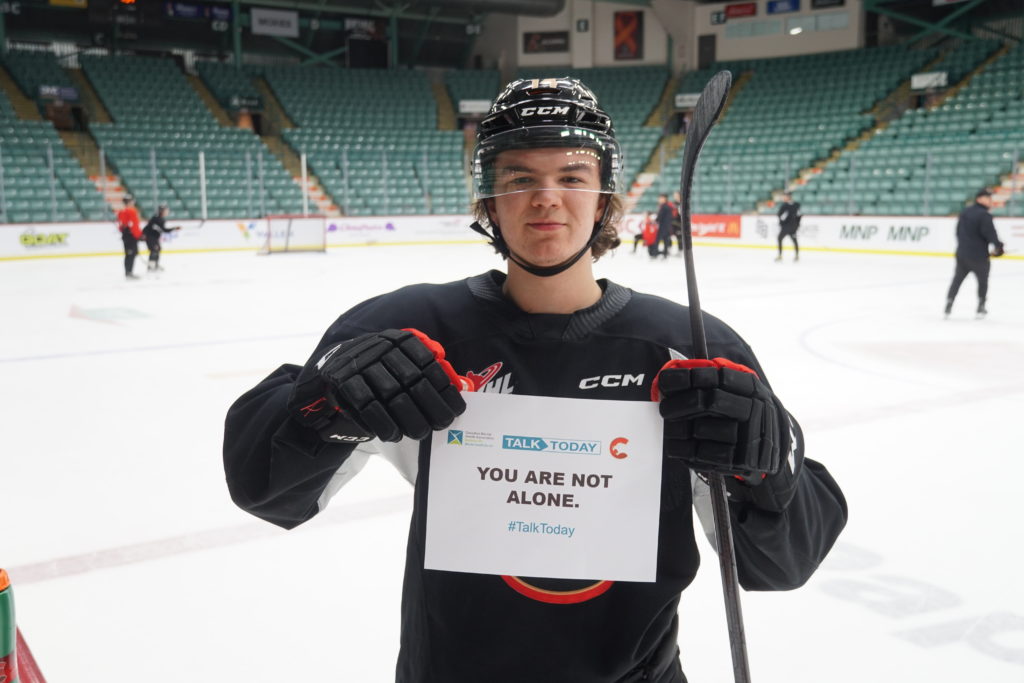 Related Links
Get Your Tickets for CMHA Night Today!

Prince George, BC – The Prince George Cougars have partnered with Canadian Mental Health Association’s Northern BC Branch for a mental health awareness game on Tuesday,February 7th against the Kelowna Rockets.

The game day experience will have several features to promote the importance of mental health, including:

• A CMHA-run kiosk on the concourse where fans can learn more about mental health and Northern BC’s community-based services
• Videos featuring Cougars players talking about the importance of mental health
• A raffle for a single game use of an 18-person luxury suite at an upcoming Cougars game, donated by the City of Prince George. Proceeds will be going to CMHA of Northern BC.

This mental health awareness game is part of the Cougar’s ongoing partnership with CMHA Northern BC and its Talk Today program. Launched across the Western Hockey League in 2016, Talk Today provides an important opportunity to address the mental health needs of players. Through this program, over 1,000 WHL players and over 100 coaches, billets and staff have received mental health and suicide prevention training across the league.

The key piece of the Talk Today program has been to educate players about mental health and suicide prevention. Each team is also linked to a CMHA mental health coach, who provides support and mental health resources to individuals in need. Talk Today, delivered by CMHAs across the WHL, has become one of the most comprehensive mental health programs for amateur sports in Canada.

Tickets for the game are still available. You can grab yours at www.ticketsnorth.ca or at the TicketsNorth box office.

Cougars Fall to Raiders to Start Home-Stand
12 hours ago