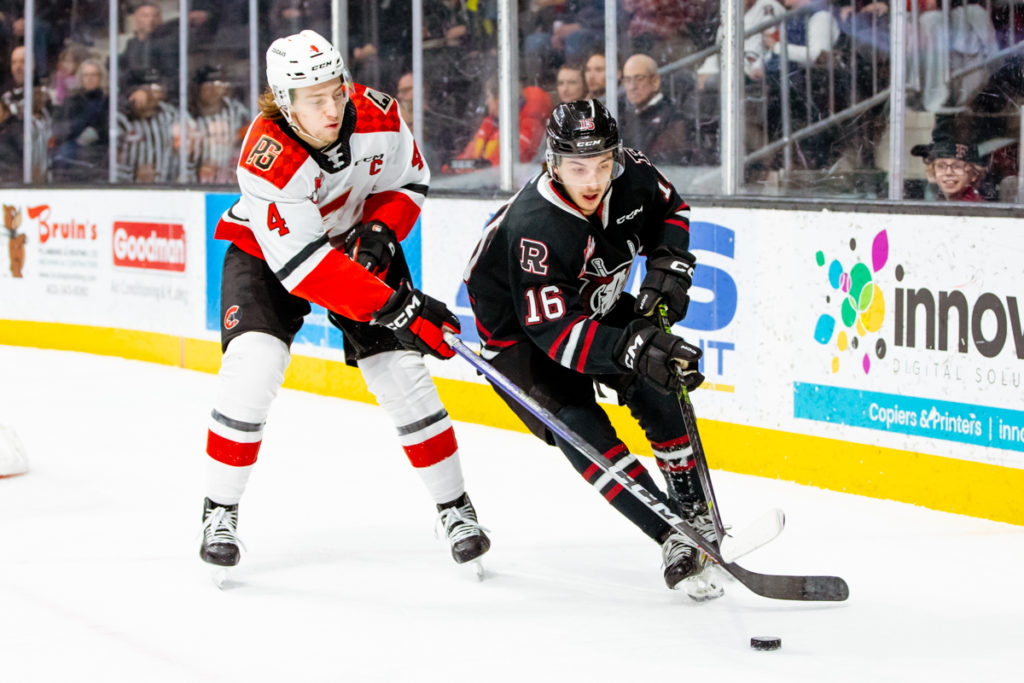 Red Deer AB – The Prince George Cougars penalty-kill struggled on Friday night, giving up 5 power-play goals, on route to an 8-5 setback to the Red Deer Rebels, Friday at the Peavy Mart Centrium.

The Cougars struggled out of the gate giving up three goals in the first period. Kalan Lind, Kai Uchacz, and Mats Lindgren all beat Ty Young to get ahead 3-0. The Rebels outshot the Cougars 18-6 in the opening period.

The Cougars then put together one of their best periods of the season which started in a funky way. On a delayed Cougars penalty, a Rebels pass to the blueline missed the target, and the puck went 200 feet all the way into the empty net to get the Cougars on the board. The Cats didn’t look back after the lucky goal. Ondrej Becher wired a one-timer to get the Cougars within one, and then three minutes after that, Jaxsen Wiebe tied the game with a screaming wrist shot that went bar down. PG then went to a power-play and Koehn Ziemmer potted him the go-ahead goal to make it 4-3. After the Ziemmer goal, the penalties started to haunt he visitors. The Rebels got the game tied at four with a power-play goal from Christoffer Sedoff. The game remained tied going into the third.

Things unravelled for the Cougars in the third as they continued to get into penalty trouble. The Rebels made Prince George pay, scoring three unanswered goals, all on the power-play. Kai Uchacz, Mats Lindgren, and Ben King all scored for Red Deer to make it 7-4. The Cougars got back within one, courtesy of Koehn Ziemmer’s second tally of the night. The Rebels, however, got another goal, this time from Jayden Grubbe to give the Rebels an 8-5 win.

-Koehn Ziemmer has four goals in his last two games

Next Game: Saturday, January 21st  in Edmonton against the Oil Kings at 6:00 PM PDT.