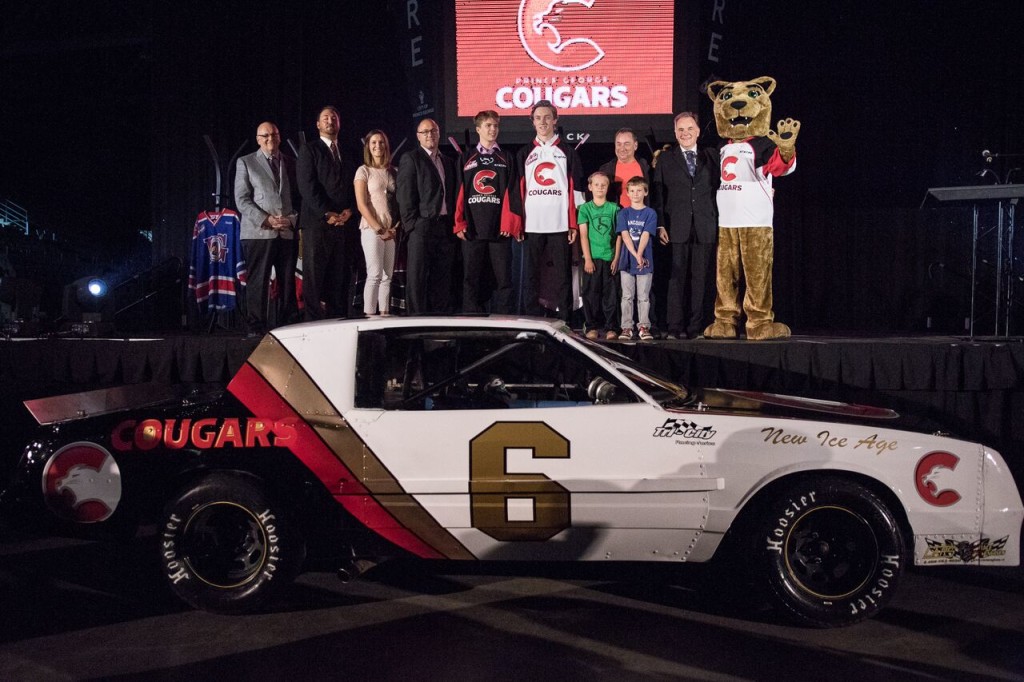 “It was very important for us to respect the history of both the Prince George Cougars name and logo during this process, particularly since two of our owners (Dan Hamhuis and Eric Brewer) played such a vital part in helping create this team’s identity when they played in Prince George,” said Prince George Cougars President, Greg Pocock. “This is another historic moment for the Prince George Cougars franchise. Our new logo keeps the similar color scheme that our fans have come to know and love, while also providing a new identifiable symbol that will help unite our fans as the excitement and passion continues to build for all that lies ahead for us.”

Pocock adds, “We have received tremendous cooperation from the WHL and Reebok during this transformation and we are appreciative of their support. We can’t wait to watch our players take the ice for the first time at CN Centre sporting our new logo.”

In addition to the exciting new logo, the Prince George Cougars have also announced the details of a brand new ‘Season Membership’ ticket initiative for the 2015-16 season.

“One thing that we want to make abundantly clear to our fans is that we consider them to be ‘members’ of our team and this outstanding Season Membership concept will treat them as such,” said Prince George Cougars Vice President, Business Andy Beesley. “Our 2015-16 schedule is much more fan-friendly with more weekend games. Our fans are going to be wowed by the perks of being one of our Season Members.”

Last season the Prince George Cougars highlighted five ‘feature games’ that included the best nights, best teams and best perks. Thanks to the popularity of the feature game initiative, the Prince George Cougars announced Wednesday that the number of feature games will increase to 10 in 2015-16. Other perks include: Priority opportunities for Season Members during Vancouver Canucks Training Camp (September 18th-20th at CN Centre), $200 worth of extra food, merchandise, coupons and so much more!

For details about becoming a Season Member for the 2015-16 season, please click HERE: http://www.pgcougars.com/season-memberships.

“Whether it’s sponsoring the Prince George Symphony Orchestra’s ‘Pops in the Park’ or a local race car driver, we are always looking for unique ways to support our community, and this was a really cool opportunity for us to showcase our new logo and our community pride in a unique and exciting fashion,” comments Greg Pocock. “It’s important to align ourselves with winners, and we wish Jerry Gascon and his team well as he takes to the track in defense of his PGARA championship.”

Samis has been instrumental in the creation and the continued success of the Prince George Cougars Alumni Hospital Charity Golf Tournament which has raised over $133,000 dollars towards healthcare in the North. He has 35 years of sales and marketing experience with a major multinational corporation.

Layton, a Masters graduate of Mount Saint Vincent University in Halifax joins the Prince George Cougars after spending the past two years as the Manager, Sponsorship Programs with the 2015 Canada Winter Games which were held in Prince George in February. Her areas of excellence include: Ticketing, Marketing and Sponsorship.

“We are thrilled to add both Gary and Melissa to our business team,” said Andy Beesley. “Both individuals are highly respected community members who are going to help take us to an even higher level. It speaks volumes about the success of the New Ice Age that we were able to attract two high-quality people and professionals.”