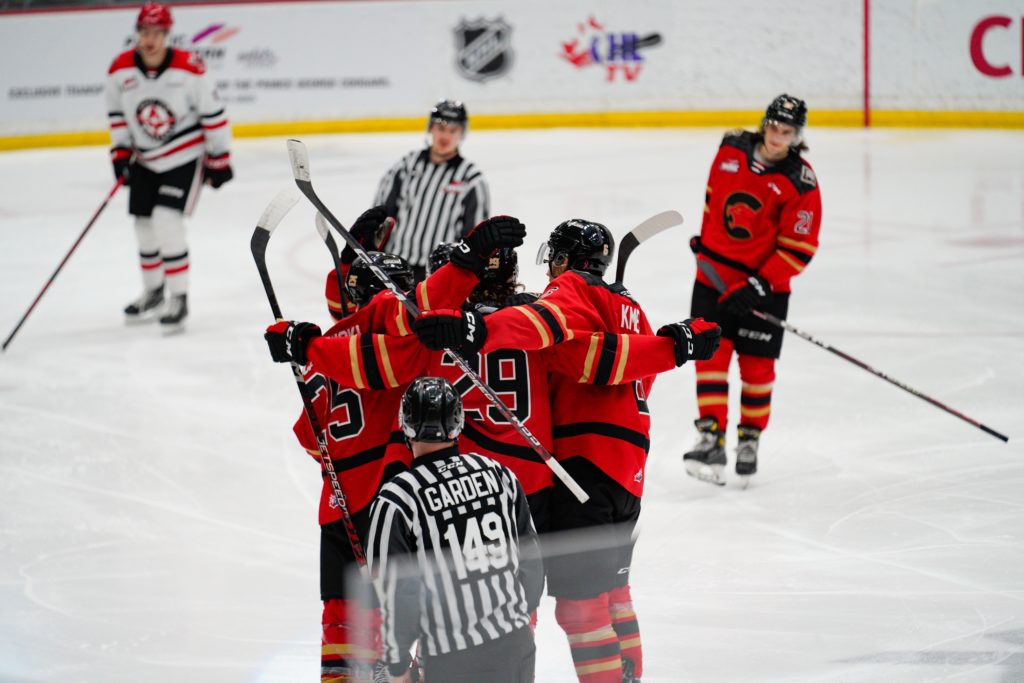 PRINCE GEORGE – The Prince George Cougars went down two goals early in the first period but came back with five unanswered goals of their own in a come-from-behind win against the Moose Jaw Warriors, Wednesday at the CN Centre.

Caden Brown had his first WHL multi-point night with two goals and one assist. Chase Wheatcroft, Riley Heidt, and Noah Boyko scored in the third period for the Cougars to put the game out of reach for Moose Jaw. Ty Young stopped 19 of 21 shots for his 7th win.

Moose Jaw started the scoring in the first period with goals from both Ryder Korczak and Lucas Brenton to make it 2-0. Caden Brown then got the Cougars within one on the power play and then scored again in the final minute on a breakaway to have the game 2-2 after one.

The Cougars put on a shooting gallery in the second period, outshooting Moose Jaw 24-4, but the score remained tied at two after forty minutes.

In the third, Prince George got rewarded for their earlier chances, getting a goal from Chase Wheatcroft to give the Cougars their first lead of the night. PG tacked on two more to make it 5-2 with goals from both Riley Heidt and Noah Boyko.

The Cougars defeat the Warriors 5-2, remain at the top of the BC Division, and now sit third in the Western Conference.

-The Cougars’ power play has converted in nine straight games

Next Game: Saturday, November 26th on home ice against the Kamloops Blazers at 6:00 PM.