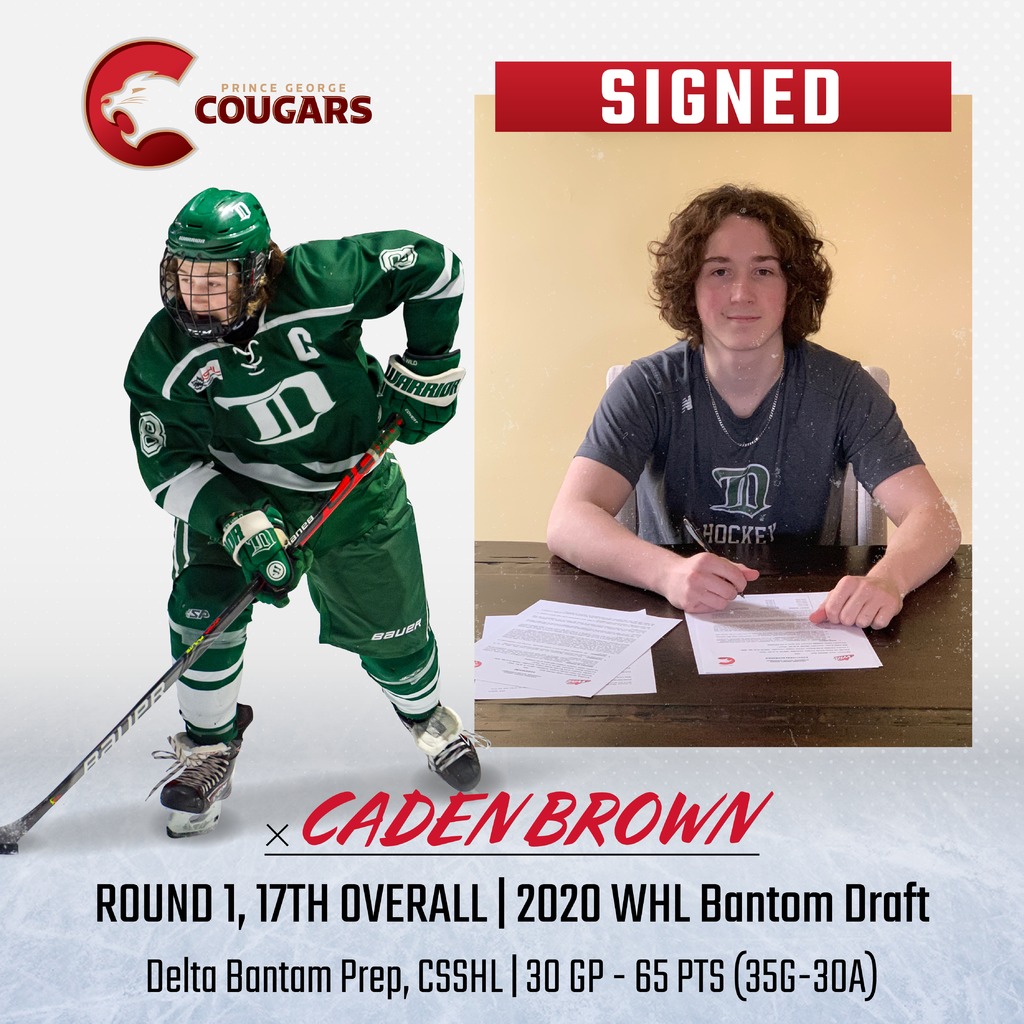 “Brown is an elite talent and signing him is critical for the future of our organization,” said Cougars’ Director of Scouting, Bob Simmonds. “He checks all the boxes, he’s highly skilled, a true competitor, and plays a hard, heavy game. It’s an exciting day for the Cougars.”

Brown played last season for Delta Hockey Academy Bantam Prep Green in the Canadian Sport School Hockey League (CSSHL). The Fort St. John, B.C. product captained his club and was third in team scoring and seventh overall in the CSSHL with 65 points (35G-30A) in 30 games. He guided his team to a first-place finish in the regular season and won the inaugural Western Hockey League U.S. Challenge Cup in February. In two seasons with Delta at the Bantam Prep level, the 5’9 forward compiled 95 points (50G-45A) in 60 games.

“It’s been a dream of mine to play in the WHL for longer than I can remember and signing with such a great organization like the Cougars makes it that much more special,” said Brown. “I can’t wait to get started on this journey.”