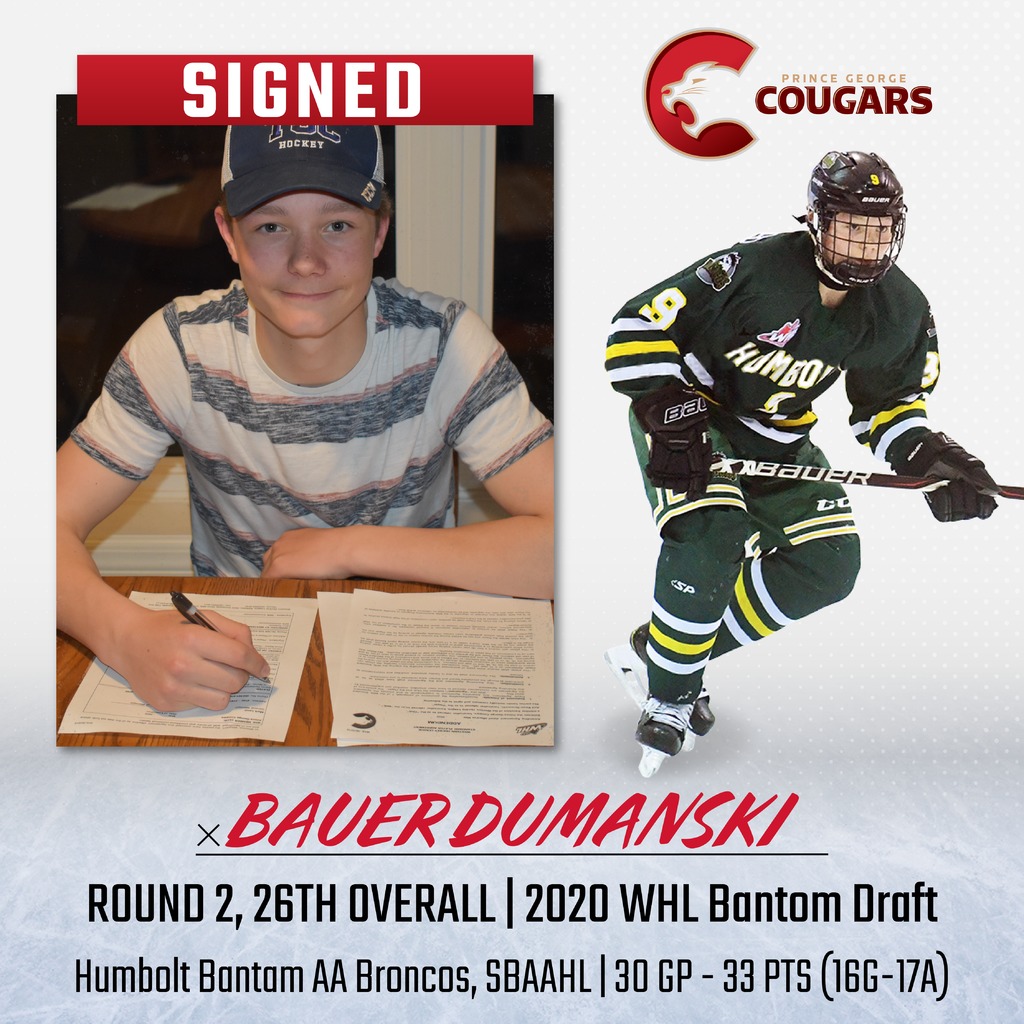 “Dumanski is a well-rounded defenceman already for his age. He’s a strong skater, who can drive offence from the back end,” said Cougars’ Director of Scouting, Bob Simmonds. “He was his team’s leader, even as a defenceman, and his puck movement skills are what you need to be effective in today’s game.”

“It’s an honour to be signing with such a great organization like Prince George,” said Dumanski. “It’s always been a dream of mine to play in the WHL and I can’t wait to get started.”

Dumanski is the fourth player from the Cougars’ 2020 WHL Bantam Draft class to sign a WHL Standard Player Agreement. Riley Heidt, Caden Brown, and Ryker Singer have all signed in the last two weeks.