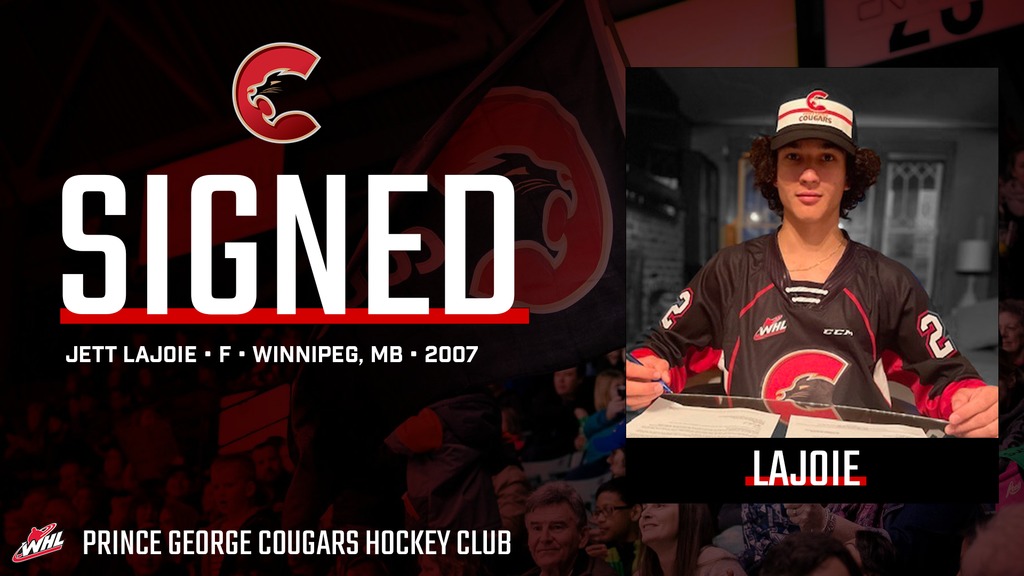 “Jett is one of the best players in Manitoba in his age group. He is a leader and plays to win,” said Cougars Director of Scouting, Bob Simmonds. “We were very fortunate to have had the opportunity to draft Jett as I had no expectation, he would be there for us in the 2nd round. He is the type of player teams need to have success. We are thrilled to have Jett commit to the Cougars.”

Lajoie played for the Winnipeg Bruins Brown U15 AAA team this past season. The Winnipeg, MB product led his club in goals, assists, and points (26G-19A-45PTS). The 5’11 forward was named to the Winnipeg AAA U15 Second All-Star Team in 2021-22. Lajoie also appeared in six playoff games with the Winnipeg Bruins U17 AAA team and won the 2022 WAAA U17 Championship.

Lajoie is the second player from the Cougars 2022 WHL Prospect Draft class to sign a WHL Standard Player Agreement.