Carter MacAdams
The 16-year-old was drafted in the fourth round, 70th overall, in the 2019 WHL Draft
by
Prince George Cougars 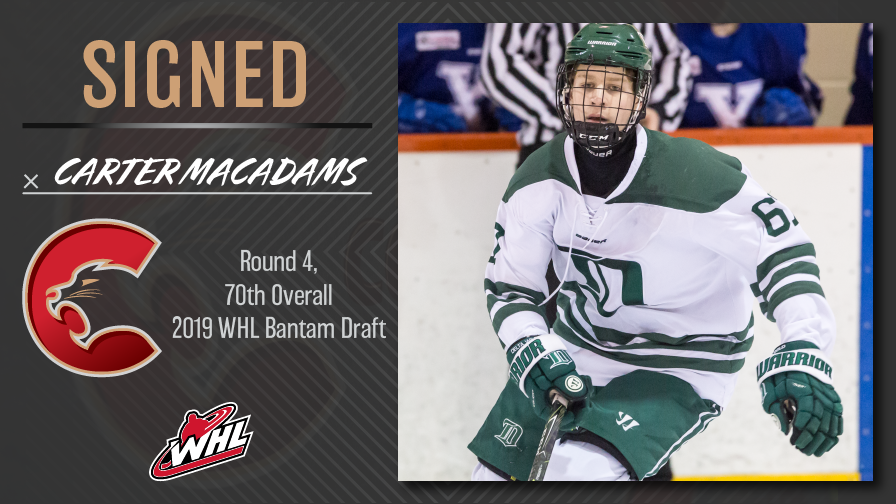 “Carter is part of a strong 2004 draft class and his skill set and approach to the game bodes well for his future,” said Cougars’ Director of Scouting, Bob Simmonds. “The upcoming season is a great developmental opportunity for him, and we are pleased to welcome him to the team,”

MacAdams was drafted by the Cougars in the fourth round, 70th overall, in the 2019 WHL Draft. The 16-year-old started the 2020-21 season with the Delta Hockey Academy’s (DHA) Under 18 Prep team in the Canadian Sport School Hockey League and registered two assists in four games. Last season, the Langley, BC product played 29 games with DHA’s Under 16 Prep team before sustaining a season-ending upper-body injury. Two seasons ago, MacAdams was fourth in team scoring for DHA’s Under 15 Prep team, after he compiled 43 points (24g, 19a) in 29 games.

With MacAdams signed, the Cougars have now signed their first five selections from their 2019 WHL Draft class.