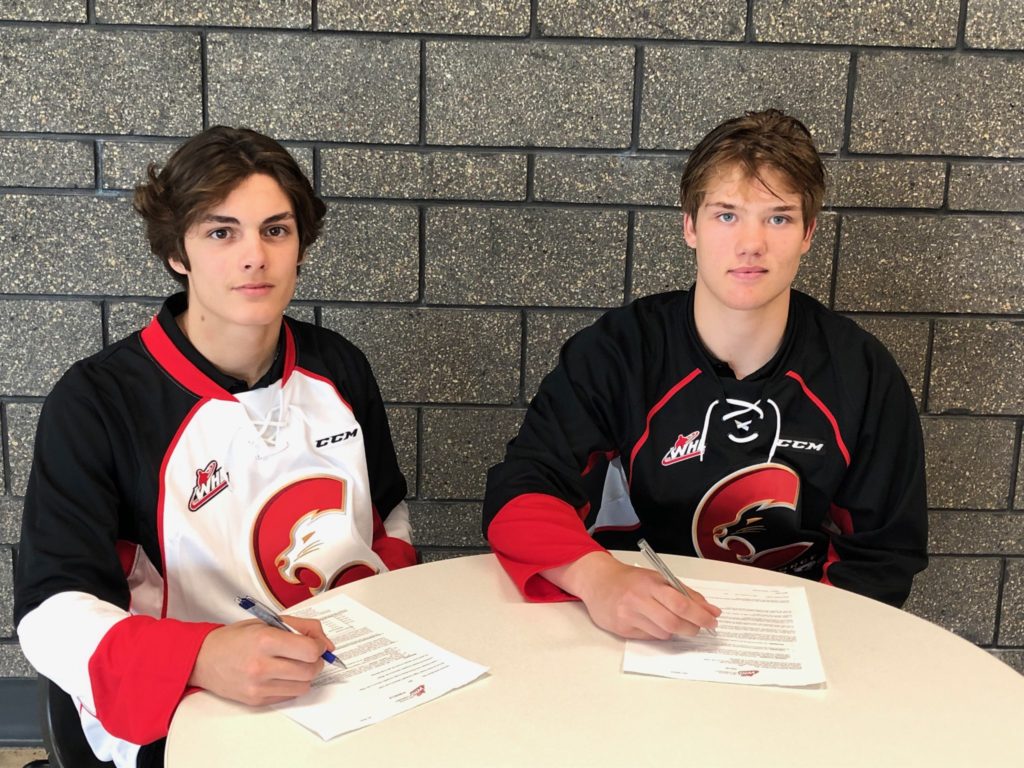 Dowhaniuk (3rdoverall) and Ziemmer (4thoverall) were the Cougars’ two first-round selections in the 2019 WHL Bantam Draft.

“We are thrilled to have these two in the fold,” stated General Manager & Head Coach Mark Lamb. “We are in a development cycle that is trending upwards and these two will be key pieces to the core of our team that we feel will be very competitive in the coming years.”

The Cougars used their first pick, third overall, to select Dowhaniuk from the OHA Edmonton Bantam Prep team of the Canadian Sport School Hockey League (CSSHL). Widely considered the top defenceman in the 2019 WHL Bantam Draft, last season the Sherwood Park, AB product played in 25 games for OHA Edmonton where he collected 34 points (8g-27a) to go with 34 penalty minutes and led his team in defensive scoring. The 5’10, 160 lb. Dowhaniuk was named the CSSHL Bantam Prep Division Top Defenceman. He also was named an Alberta Cup All-Star after he posted four points (2g-2a) in five games with Team Black.

“He can play the game anyway you want him to play; he’s a smooth-skating puck-mover. He brings a physical element too and he’s only going to grow,” noted Cougars Director of Scouting Bob Simmonds.

Prince George used their second pick, fourth overall, to select Dowhaniuk’s teammate at OHA Edmonton in Ziemmer. The Mayerthorpe, AB native led OHA Edmonton in scoring, as he compiled 76 points (37g-39a) in just 29 games and finished second in scoring in the CSSHL Bantam Prep Division. The 5’10, 179 lb. Ziemmer also played at the Alberta Cup, where he tallied four points (2g-2a) in five games for Team Grey.

“Koehn is a highly-skilled goal scorer with a versatile offensive package. He’s a constant producer and will be counted on to do the same at the WHL level,” commented Simmonds.

Both Dowhaniuk and Ziemmer took part in Hockey Alberta’s Under-16 Provincial Camp in Red Deer, AB last week.  The Under-16 Summer Camp is part of an evaluation process for Team Alberta’s roster for the 2019 WHL Cup in the fall.