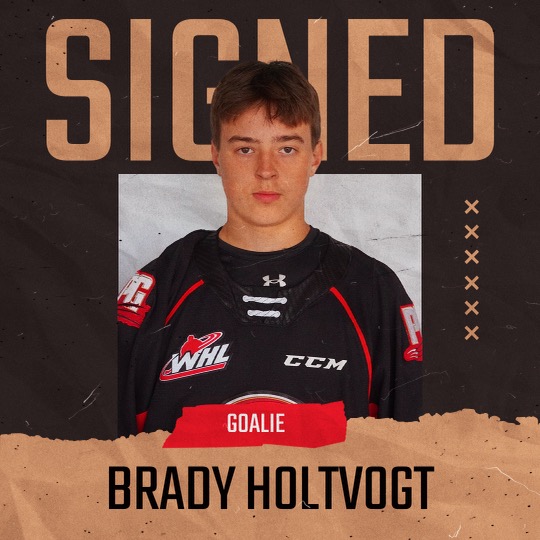 PRINCE GEORGE BC – The Prince George Cougars have announced that they have signed G Brady Holtvogt (07) to a WHL Standard Player Agreement.

Holtvogt, from Humboldt SK, spent the 2021-22 season with the Humboldt Broncos U15 team, suiting up in 23 games and sported a 3.03 goals against average and a .915 save percentage. Holtvogt will be in uniform this weekend when the Cougars take on the Tri-City Americans.

“Brady is one of the top young goalies in Saskatchewan and he has a lot of potential,” said Cougars’ Director of Scouting Bob Simmonds. “He is a strong competitor, and he gives his team a chance to win every time he’s in the net. Getting Brady signed solidifies our goaltending depth as we look ahead to the future. We are very happy to welcome Brady and his family to the Prince George Cougars.”

The Cats kick off the regular season at 7:00 tonight, as they host the Tri-City Americans. The tailgate Party and Players Red Carpet Entrance kicks off at 3:30 and will include a ton of events and prizes all afternoon. You can get your tickets HERE.