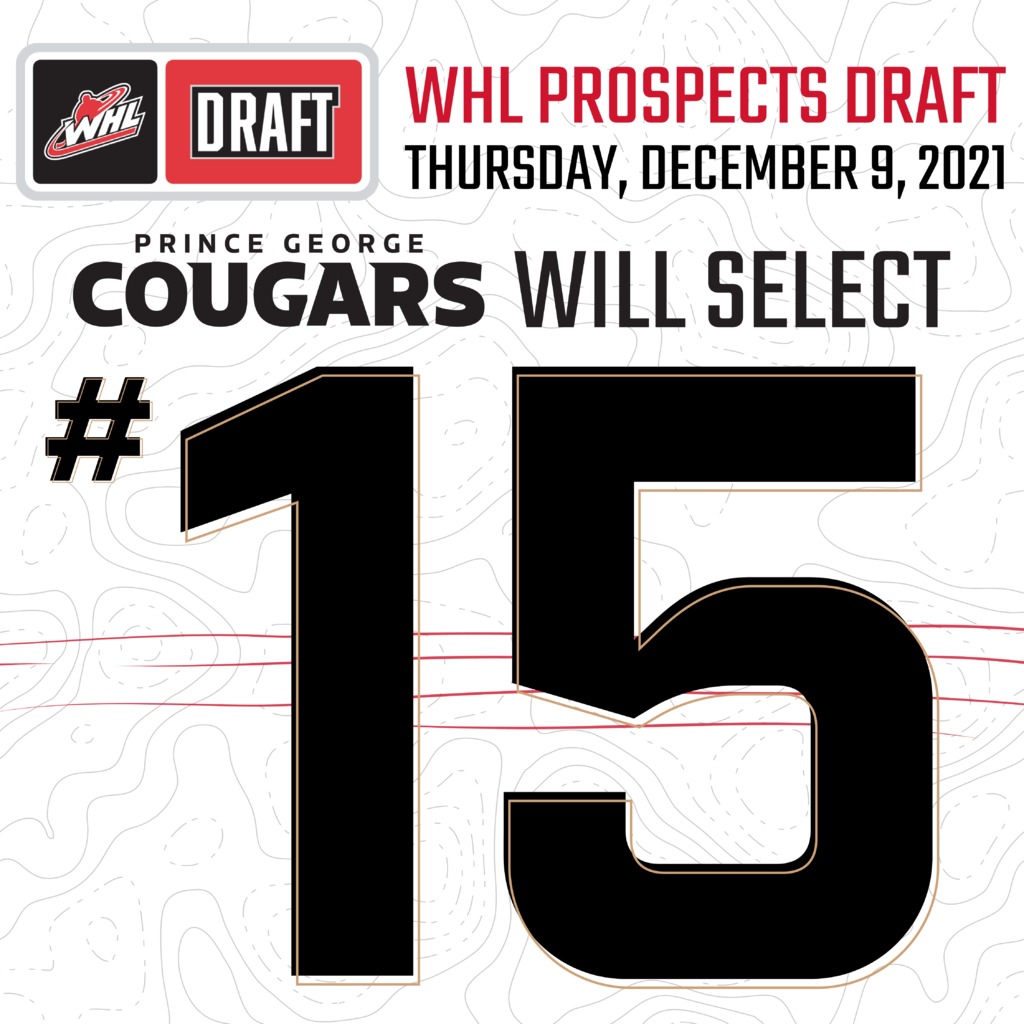 It marks the first time in Prince George Cougars’ franchise history they will select 15th overall. The Cougars will select 11th overall in the second round and all subsequent rounds.

The Spokane Chiefs won Wednesday’s draft lottery. The Tri-City Americans will pick second, the Brandon Wheat Kings have the third and fourth overall selections, after previous trades with the Victoria Royals and Moose Jaw Warriors. The Red Deer Rebels round out the top five.