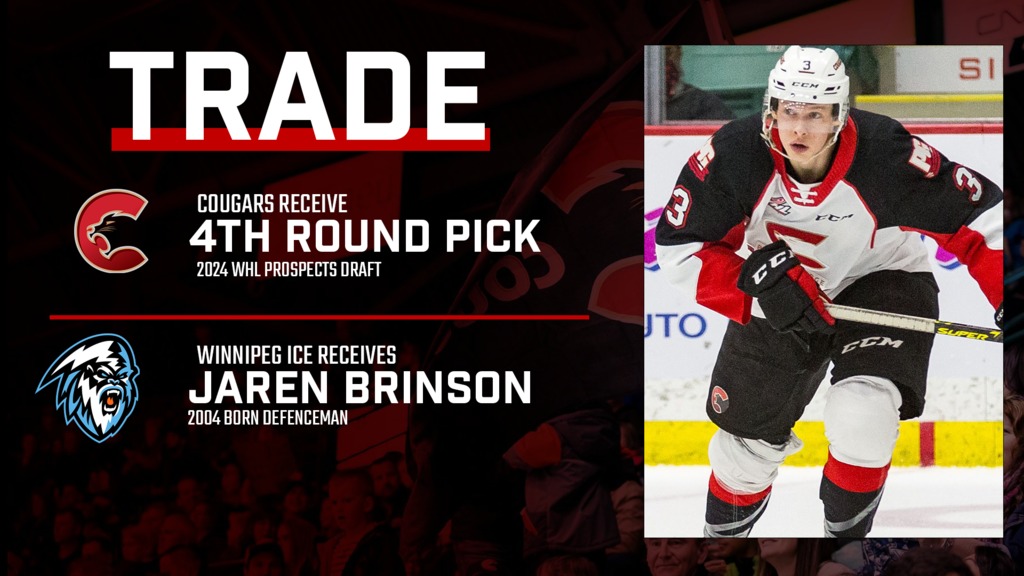 Prince George BC – The Prince George Cougars have traded defenceman Jaren Brinson (04) to the Winnipeg ICE in exchange for a 4th round pick in the 2024 WHL Prospects Draft.

The Cougars would like to thank Jaren for his contributions to the team, the city of Prince George, and wish him nothing but the best in Winnipeg.