Cougars Wrap Up Pre-Season With 4-1 Victory Over Blazers 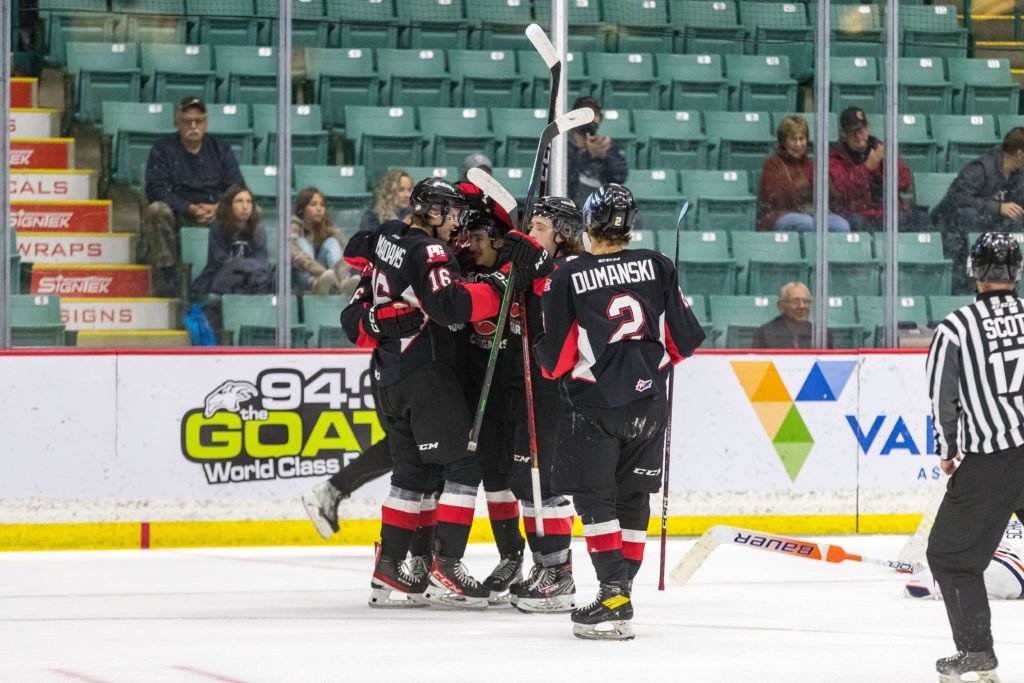 PRINCE GEORGE BC – A multi-goal evening from Chase Wheatcroft and another terrific night from Madden Mulawka proved to be the difference as the Prince George Cougars defeated the Kamloops Blazers by a 4-1 score at CN Centre.

PG: Chase Wheatcroft was able to weave to the right circle and fire a wrist shot right through the legs of Michael Schnattinger to give PG the lead. Wheatcroft’s first of the pre-season was assisted by Koehn Ziemmer and Hudson Thornton at 8:50.

PG: 62 seconds later on a PG power-play, Koehn Ziemmer was able to make a terrific feed from behind the goal to Riley Heidt at the left circle, and Heidt ripped a one timer by Schnattinger to double the Cats lead. Heidt’s first of the pre-season was assisted by both Ziemmer and Noah Boyko at 10:08.

PG: In the dying seconds of the period, on another Cougars power-play, Viliam Kmec was able to jump up to left circle and shovel a backhander passed Schnattinger to give the Cats a 3-0 stranglehold. Kmec’s first of the pre-season was assisted by Ryker Singer and Carter MacAdams at 19:57.

KAM: Off a Blazer offensive zone faceoff win, the puck came to Logan Bairos at the left point and fired one through traffic and through the legs of Madden Mulawka to get Kamloops on the board. The Bairos marker was assisted by Ethan Rowland at 19:05.

PG: The Cougars were able to add to their lead courtesy of 20-year-old Chase Wheatcroft for the second time. Wheatcroft got a sweet feed at the right circle from Riley Heidt, scoring his second of the night and of the pre-season. Hudson Thornton got the second helper on the goal.

Home Opening weekend kicks off with the Telus Home Opener on Friday September 23rd against the Tri-City Americans.