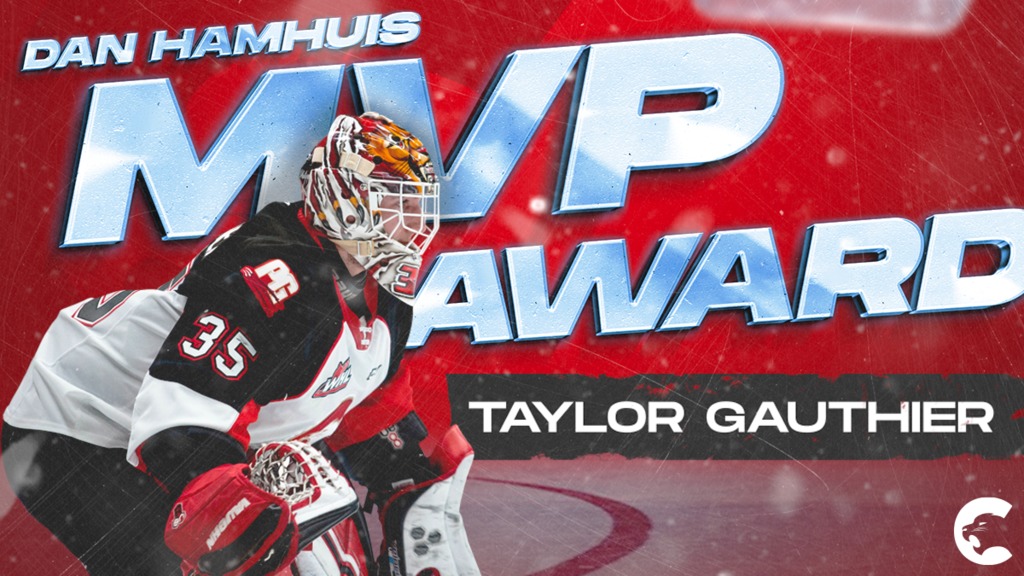 And then there was the one. The final award for the 2019-20 season is the Dan Hamhuis Most Valuable Player Award. This season’s winner is goaltender Taylor Gauthier.

“He came in this year really focused and became a really good player and leader. He’s still young, still improving and he has a great future ahead of him.” said Cougars’ General Manager & Head Coach Mark Lamb.

Dan Hamhuis played four seasons with the Cougars from 1998-2002, appearing in 247 career regular season games. He amassed 34 goals and 122 assists for 156 points and was named the both the WHL Top Defenceman and Player of the Year in 2002. He was also named the CHL Top Defenceman that season. Hamhuis is currently in his 16th season in the NHL and has played over 1100 games split between Nashville, Vancouver, and Dallas. He won an Olympic gold medal at the 2014 Sochi Olympics with Team Canada.

Congratulations to all of our award winners. The Cougars’ organization would like to congratulate graduating players Josh Maser, Vladislav Mikhalchuk, and Ryan Schoettler on outstanding careers in the Western Hockey League and thank them for their contributions to the team and the community of Prince George.