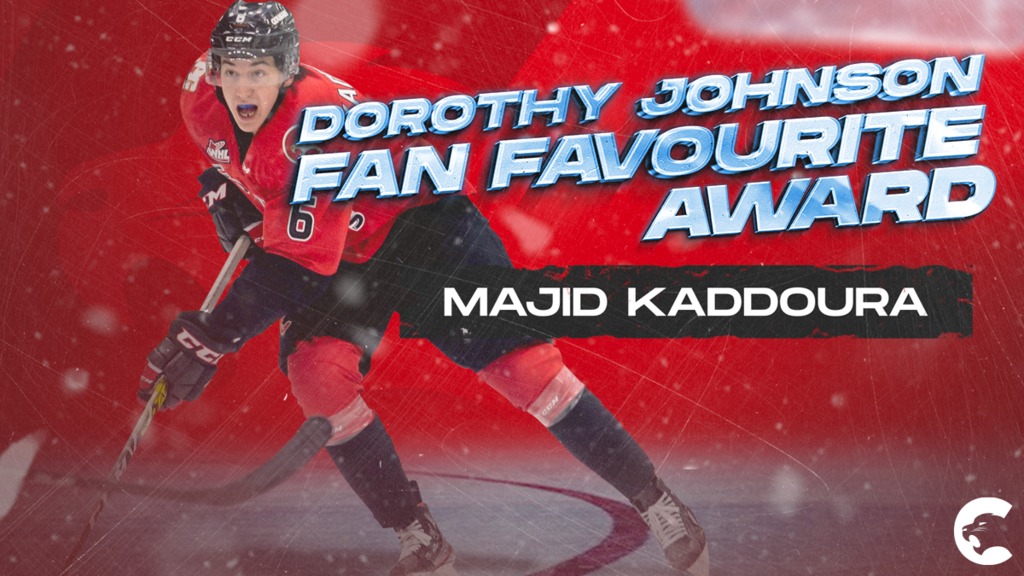 The 2019-2020 Dorothy Johnson Memorial Award, as voted as the fan favourite, goes to defenceman Majid Kaddoura. Kaddoura received the most votes on the recent fan favourite poll conducted on the Cougars’ website.

The 18-year-old was acquired at the WHL Trade Deadline in January from the Saskatoon Blades. In 60 games split between Prince George and Saskatoon, Kaddoura had five goals and nine assists for 14 points. He had three goals in 24 games since joining the Cougars.

“Maj is a very competitive, hard-working player. From the moment he joined our team his willingness to be a team-first guy and do the little things that really helped our team have success, and made him very coachable and well respected in the room,” said Associate Coach Jason Smith.

The Fan Favourite award is named after Dorothy Johnson, affectionately known as “Gramma Cougar.” Dorothy was a long-time supporter of the Cougars, as she was an original season member since the team arrived in Prince George ahead of the 1994-95 season.
Wednesday, we will announce the Chris Mason Award for most Three Star selections, and the Spirit of the North Healthcare Foundation Humanitarian Award. 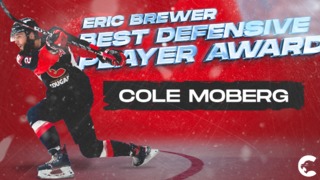 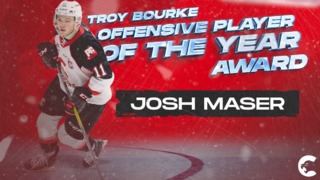 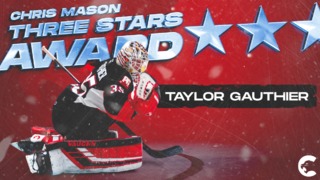 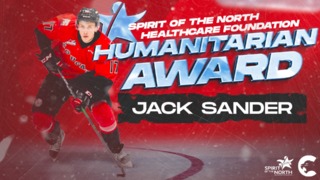