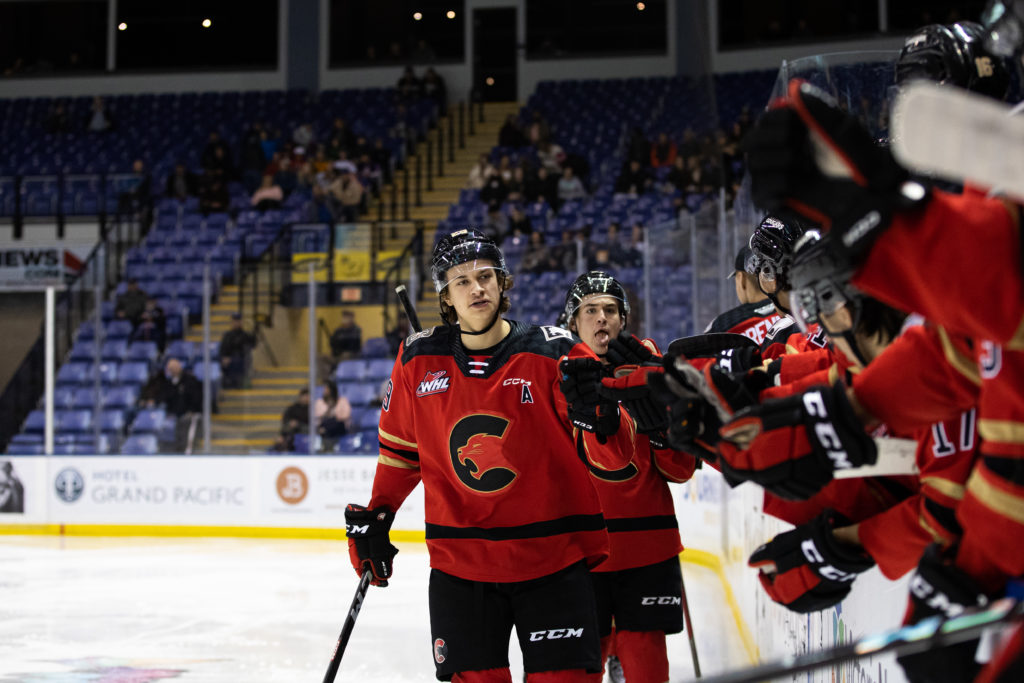 VICTORIA, BC – The Prince George Cougars (12-9-0-0) power-play struck three times on Saturday night, en route to a 5-2 win over the Victoria Royals at the Save on Foods Memorial Centre.

Both teams were able to trade chances in the opening stanza, but it was the Royals who started the scoring. A wrist shot from Alex Thacker got the Royals ahead, but Cole Dubinsky was able to tie the game shortly after. The game was tied at one after the opening twenty minutes.

In the second, the Cougars were able to get their first lead of the game courtesy of a Cole Dubinsky power-play goal, but the Royals responded with the first WHL goal from Cole Reschny. After the Royals tied the game, the Cougars scored three unanswered goals from Ondrej Becher, Chase Wheatcroft (power-play), and Riley Heidt (power-play). PG led 5-2 after two periods of play.

Although there were no goals in the third period, things got physical in the final minutes, which accumulated to over 100 penalty minutes. The Cougars collected their third win in a row and swept the weekend over the Royals.

– The Cougars’ power play has scored in eight straight games

Next Game: Wednesday, November 23rd on home ice against the Moose Jaw Warriors at 7:00 PM.