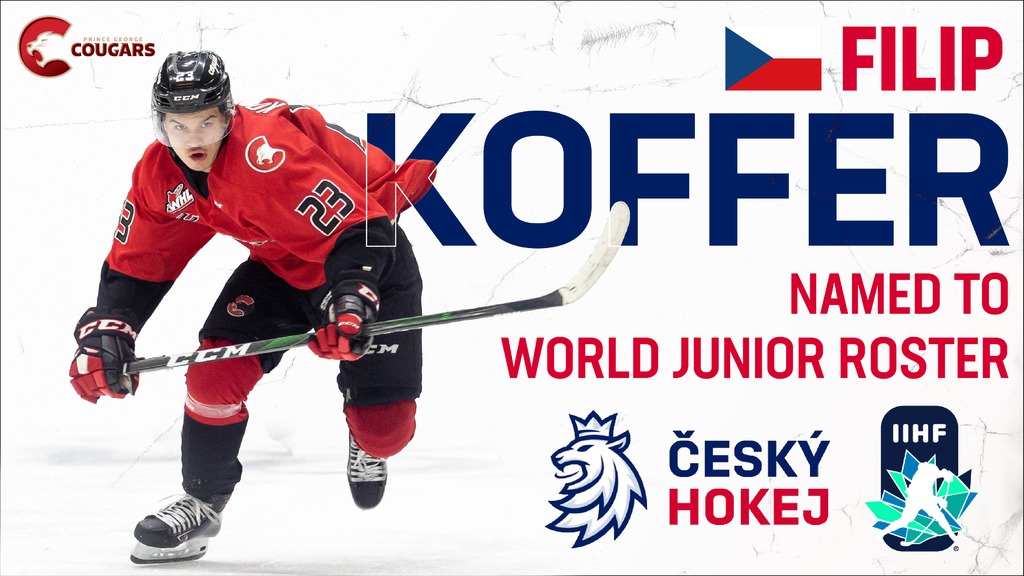 The Prince George Cougars are proud to announce forward Filip Koffer (’01) has been named to the Czech Republic’s roster for the 2021 IIHF World Junior Hockey Championship. The tournament will run December 25th– January 5th in Edmonton, AB.

Koffer is the second Cougar in the last two weeks to be named to a national team roster for the tournament. Goaltender Taylor Gauthier was officially named to Canada’s 25-man roster on December 11th. The last time the Cougars has two representatives at the World Junior Hockey Championship was in 2012, when Brett Connolly and Martin Marincin suited up for Canada and Slovakia respectively.

This season, Koffer has been on loan to HC Stadion Litomerice in the Czech2 League. He has posted three points (1g, 2a) in 10 games.

The 2021 IIHF World Junior Championship begins on Christmas Day with three games before the Czech Republic kicks off its tournament schedule on Boxing Day against Sweden at 11 am PT. TSN will broadcast all 28 tournament games.