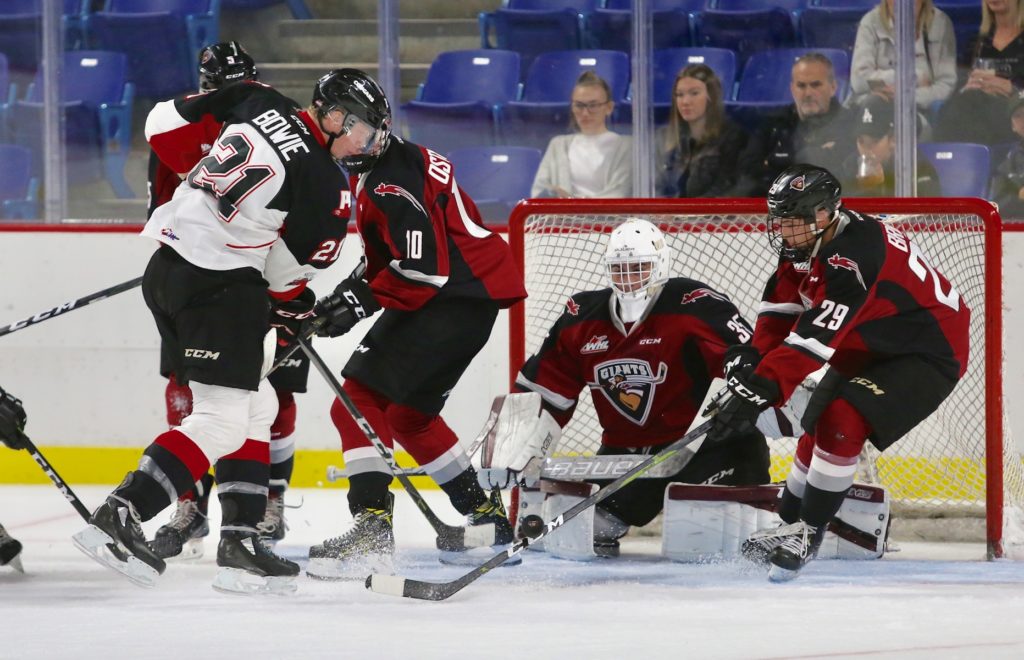 The Prince George Cougars (0-1-0-0) go hunting for their first win of the WHL pre-season tonight when they face the Vancouver Giants (3-1-0-0) at the Langley Events Centre; the puck drops at 7:00 pm.

The Cougars are coming off a 7-1 loss at the hands of the Kamloops Blazers on Friday afternoon. Matéj Toman scored the only Cougars’ goal, on the power-play, in the setback. The Giants earned a 3-2 victory over the Victoria Royals last night. Tristen Neilson scored all three goals for the tournament hosts.

It was a youthful line-up Friday for the Cougars, as they had nine players making their debuts, albeit pre-season. On the blue-line they had only one returnee dressed in Jack Sander. Isaiah DiLaura was a busy man in the crease, as he stopped 29 of 36 shots. Prince George’s line-up will have a more veteran presence to it this evening, as Austin Crossley, Reid Perepeluk and Ryan Schoettler will likely slot in. Those three returnees didn’t play Friday. DiLaura will get the start again tonight, as Ty Brennan is close to returning from a minor lower-body injury. He’ll likely be cleared to play tomorrow afternoon in Kelowna.

Taylor Gauthier (Boston Bruins), Josh Maser (New York Rangers) and Cole Moberg (Chicago Blackhawks) are absent this weekend attending NHL prospect tournaments. Both Maser and Moberg made their debuts last night at the Traverse City Tournament in Michigan. Maser had an assist in the Rangers’ 6-2 loss to Columbus and Moberg had an assist in the Blackhawks 5-4 overtime win against Detroit. Gauthier served as the backup in the Bruins’ 4-3 win over Pittsburgh at the Prospects Challenge in Buffalo, New York.

Missing due to injury are Cole Beamin, Rhett Rhinehart and Ethan Browne.

Fans can listen to tonight’s game via the Vancouver Giants radio broadcast on Sportsnet 650, starting at 6:30 pm with their pre-game show.