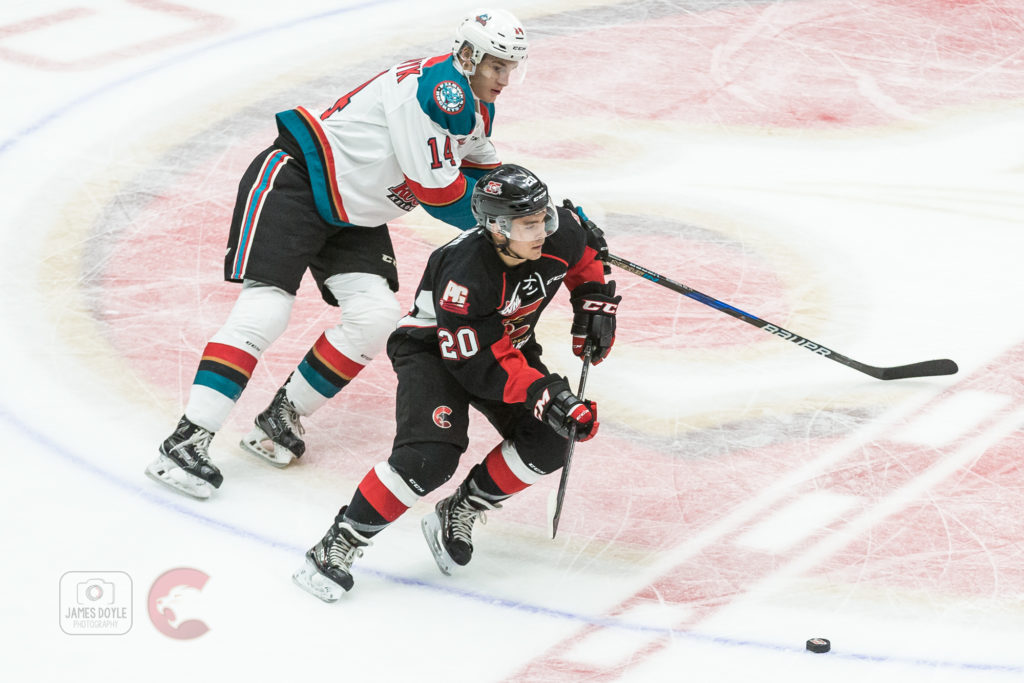 The Prince George Cougars are still searching for their first win of the weekend when they visit the Kelowna Rockets this afternoon at 5:05 pm. The Cougars (0-2-0-0) are winless in their first two exhibition games of the weekend, dropping a 7-1 decision to the Kamloops Blazers Friday and then suffering a 5-3 setback to the Vancouver Giants Saturday night.

The Rockets were down in Langley as well yesterday, losing 1-0 to the Everett Silvertips in a matinee affair. They’ve lost their last two pre-season games after opening up with a 4-0 win over the Victoria Royals on August 31st. Since then, it was a 5-3 loss in Kamloops and that setback to Everett yesterday. After today, the Rockets face the Blazers in a weekend home-and-home set next Friday and Saturday to wrap-up their pre-season schedule.

Last night the Cougars got goals from Ilijah Colina, Ryan Schoettler and Craig Armstrong. However, the Giants got two goals from Lukas Svejkovsky in the third period to break a 3-3 deadlock. Isaiah DiLaura played in his second-straight game Saturday, turning aside 22 of 27 shots. Tyler Brennan looks to be healthy enough to make his pre-season debut between the pipes for the Cougars. The 16-year-old had been dealing with a minor lower-body injury. Coincidentally enough, Brennan made his WHL regular season debut in Kelowna on February 8th of last season.

The Cougars are without veterans Taylor Gauthier, Josh Maser and Cole Moberg who are participating at NHL Prospect Tournaments. They’re also missing defencemen Cole Beamin and Rhett Rhinehart and forward Ethan Browne, who aren’t on the trip as they’re nursing injuries. 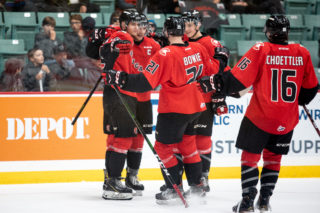