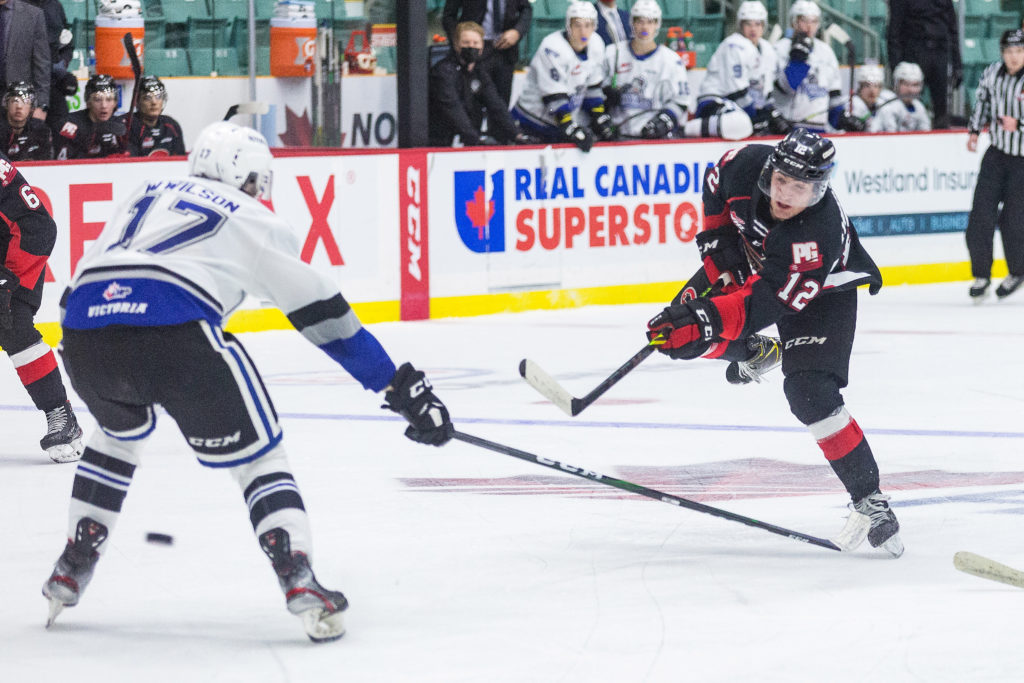 Last Game: The Prince George Cougars swept a weekend doubleheader against the Victoria Royals, with a 4-2 win Sunday at the CN Centre. Blake Eastman opened the scoring for the Cougars. The Royals did respond with a pair of goals to lead 2-1 but Prince George countered with three unanswered, two from Craig Armstrong and one courtesy Mitch Kohner. Tyler Brennan picked up his first win of the season as he stopped 31 of 33 shots. The penalty-kill was the key, as the Cougars killed-off 10 Victoria power-plays.

Tonight’s Game: Tonight, is the third of 14 games against the Royals this season and the third meeting in six days. Prince George is in a stretch of six-straight games against Victoria. The two teams meet again tomorrow at Save-on-Foods Memorial Arena then head back up north to Prince George for a midweek doubleheader starting Tuesday. Tonight, marks the third road game of the season for the Cougars as they look for their first win away from the CN Centre. The Cougars have been outscored 14-7 in a pair of road games to start the season. Tonight, is the Cougars first regular season visit to Victoria since December 28th, 2019.

Streaks: 16-year-old rookie Riley Heidt has points in each of the first five games of the season. Heidt leads the Cougars in scoring with eight points (2g-6a). Craig Armstrong sits second in team scoring with six points (3g-3a) in five games. Armstrong had three points (2g-1a) in Sunday’s win over Victoria. Mitch Kohner is averaging a point-per game, as the 19-year-old has three points (1g-2a) from his first three games. Jonny Hooker’s four-game goal streak came to an end Sunday. As a group, the Cougars have killed-off 18 consecutive opposition power-plays.