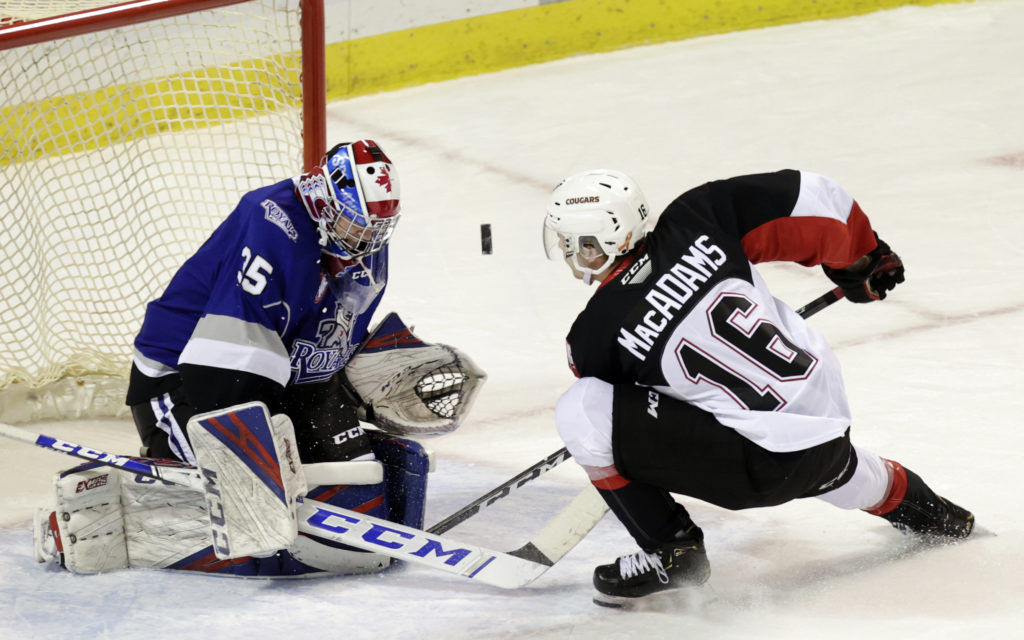 Last Game: The Prince George Cougars won their fourth-straight game on Saturday, beating the Victoria Royals 4-1 at Save on Foods Memorial Centre. Liekit Reichle opened the scoring as he registered his first WHL goal in the process. After the Royals tied it, Blake Eastman scored the eventual game-winner late in the second period. Koehn Ziemmer and Connor Bowie added insurance markers in the third. Goaltender Taylor Gauthier earned his second win of the season, as he stopped 28 of 29 shots. Saturday was the first time the Cougars won four in a row since January 17, 2017.

Tonight’s Game: Tonight, is the fifth of 14 meetings with the Royals this season and the fifth-straight contest between the two teams. The two teams were originally scheduled to play six in a row, but Tuesday’s game was postponed due to travel delays for Victoria. That game was rescheduled for Tuesday, January 18th in Prince George. The Cougars are looking for their fifth-straight win and fifth in their first nine games. The last time Prince George won five-straight was January 18, 2017. Dating back to last season, the Cougars are 7-1-2-0 in their last 10 games against the Royals.

Streaks: 16-year-old rookie Riley Heidt has points in each of the first seven games of the season. Heidt leads the Cougars in scoring with 10 points (2g-8a). Heidt is fourth in Rookie scoring in the WHL. Craig Armstrong sits second in team scoring with nine points (4g-5a) in seven games. The 18-year-old has six points (3g-3a) in his last three games. Armstrong has a team best six points (3g-3a) in four games against the Royals. After being held pointless in his first three games, Koehn Ziemmer has six points (2g-4a) during his four-game point streak. The 16-year-old has scored in back-to-back games. Swiss import forward Liekit Reichle has points (1g-2a) in three-straight games. Reichle scored his first WHL goal in Saturday’s 4-1 win. Blake Eastman has three points (1g-2a) in his last three. As a team, the Cougars have conceded just five goals over their last four games.