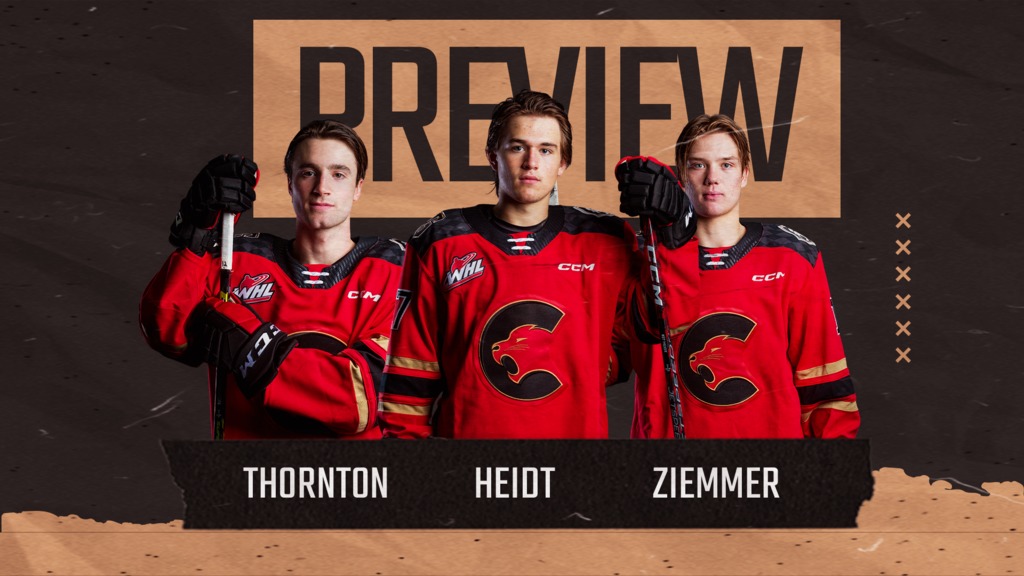 VICTORIA BC – The Prince George Cougars wrap up the two-game set with the Victoria Royals at the Save on Foods Memorial Centre.

Cougars’ Last Game: A 9-1 win over the Royals last night in Victoria.

Royals Last Game: A 9-1 loss to the Cougars on home ice last night.

Last Time Out: Hudson Thornton’s hat-trick and six-point night paced the Prince George Cougars to a large 9-1 victory over Victoria. Caden Brown, Keaton Dowhaniuk (2), Viliam Kmec, and Cole Dubinsky also found the back of the net for the Cats in the win, while Ty Young made 21 saves.

Who’s Hot: The point streaks continue for both Koehn Ziemmer and Hudson Thornton. Both Cougar skaters enter tonight’s game against the Royals with points in 12 straight games. Ziemmer and Thornton have combined for 16 goals and 29 assists in that span. Newly acquired forward Cole Dubinsky continues his start as a Cougar. Since being acquired on Friday, November 4th from the Regina Pats, Dubinsky has collected six points (4G 2A) in four games. Riley Heidt and Chase Wheatcroft also enter tonight’s game against Victoria with point streaks. For Heidt, he has collected points in six straight games which include four goals and 12 assists. Wheatcroft has points in seven straight heading into tonight’s game and is tied for the team lead in goals with 15.

On The Other Side: The Royals under Michael Dyck this season are 3-15-3-0. The Royals have been led by 20-year-old forward Jake Poole who has collected 19 points in 19 games as a Royal (11G-7A). Poole had the lone marker for the Royals in the loss last night.

What Are We Wearing? The Cougars are slated to wear their red uniforms tonight.

The Cougars return home for a trio of games, beginning on Wednesday, November 23rd against the Moose Jaw Warriors at 7:00 PM.