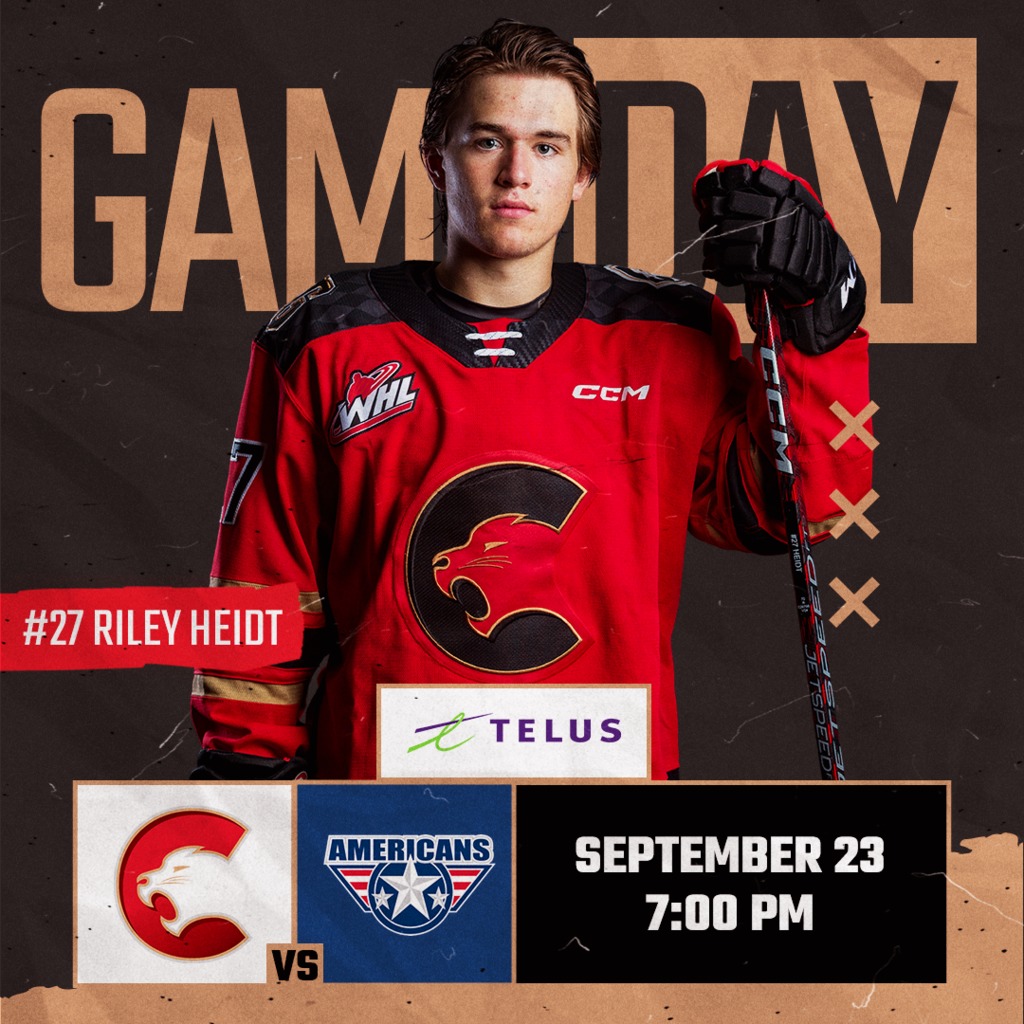 Tonight, at CN Centre, the Prince George Cougars kick off the 2022-23 season against the Tri-City Americans. Prince George enters their 29th season in the Western Hockey League. The Cats start the season against Tri-City at home for the first time in franchise history. The Cougars finished the 2021-22 season with a 24-39-4-1 record, good for sixth in the Western Conference and third in the BC Division.

The Cougars are currently carrying two 20 year old’s on their roster heading into the regular season. Noah Boyko (Acquired from Saskatoon) and Chase Wheatcroft (Acquired from Winnipeg) were additions to the Cougars roster this off-season. Both 20 year olds bring a plethora of experience to the Cats. Boyko has played 175 games in the WHL with the Lethbridge Hurricanes and the Saskatoon Blades, while Wheatcroft has played 137 games with the Winnipeg ICE and the Hurricanes. Both guys were teammates with the Hurricanes.

Prince George has two new faces behind the bench. On September 10th, the team announced the hiring of Assistant Coach Carter Rigby. Rigby, 28, joins the Cougars after being the Head Coach of the Osoyoos Coyotes. Prior to his coaching days, Rigby was a former WHL Prospect’s Draft Pick of the Cougars back in 2009. Rigby ended up spending his WHL career with PG, Kelowna, and Swift Current. The new Cougars Assistant Coach played for Mark Lamb and Josh Dixon in the 2014-15 season. In July, the team named Mitchell Karapita the new Athletic Therapist. Karapita replaced Mike Matthies who pursued other opportunities in the Athletic Therapy field. The Yorkton, SK product spent this past season with the Prince George Spruce Kings of the BCHL and is a graduate of Mount Royal in Calgary, AB.

The Cougars will be without three players on their rosters this weekend. Goaltenders Tyler Brennan and Ty Young remain at NHL Camps. Both netminders heard their named called at the 2022 NHL Draft, with Brennan going in the fourth round to the New Jersey Devils, and Young in the fifth round to the Vancouver Canucks. Defenceman Ethan Samson is also away at NHL Camp with the Philadelphia Flyers. Samson was drafted by the Flyers in 2021 in the fifth round.

With both goalies at NHL Camps, this opens the door for 16-year-old rookie Madden Mulawka. Mulawka, from Edmonton, AB, got his first taste of WHL pre-season action last weekend against the Kamloops Blazers, and it’s safe to say he didn’t disappoint. Mulawka kicked away 61 of 62 shots that came his way through 120 minutes of hockey. Mulawka will hope to continue that same trend into this weekend against the Americans.

It is no secret that the 2022-23 season is a big one for both Riley Heidt and Koehn Ziemmer. The two headed monster up front enters their first year of NHL Draft eligibility and had quite the 2021-22 campaign. Hedit and Ziemmer for combined for 115 points last season, which included Ziemmer leading all Cougars skaters with 30 goals. Heidt got the chance to be a part of the National U-18 team that captured the gold medal at the Hlinka-Gretzky Tournament in Red Deer. Ziemmer, on the other hand got the opportunity to participate at the Canadian National Junior Summer Development Camp this past July.

The Americans named Marc Lajoie the Captain for the 2022-23 season. The 6’5 defender from St. Albert, AB led all Americans defenders in points with 38 in 68 games played (12-16-38). Lajoie is entering his fourth season with Tri-City.