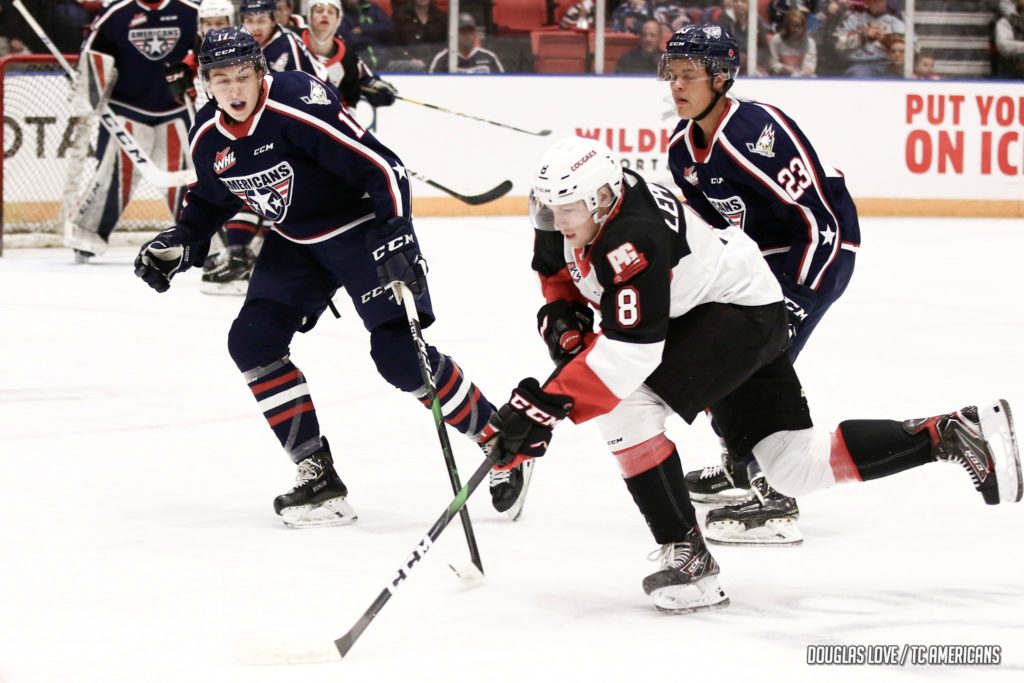 The Prince George Cougars were unable to extend their win streak to three games, as the Tri-City Americans scored a 4-2 win at the Toyota Center on Saturday night.

The turning point was Tri-City scoring twice in just 41-seconds to break open a 1-1 late in the second. Platz made it 2-1 75-seconds after Koffer tied it. Then Mutala scored to make it 3-1 41-seconds after Platz’s goal.

Prince George outshot Tri-City 17-9 in the second period but trailed 3-1 going into the final 20-minutes.

Connor Bouchard padded the Americans lead not even two-minutes into the third to make it 4-1. Josh Maser did bring the Cougars back within two, scoring midway through the final frame to cut the score down to 4-2. That goal was his fourth in four games but more importantly, his 100th career point in the WHL.

Talyn Boyko made his first start of the season foir the Americans and picked up his first win, turning aside 31 of 33 shots. The 17-year-old was named the first star. Taylor Gauthier stopped 28 of 32 at the other end of the rink; he was the third star.

The Cougars (2-5-0-1) return home to face the Spokane Chiefs (4-3-1-0) in a weekend doubleheader starting Friday, October 18th. The following night, Saturday, October 19th is Oktoberfest at the CN Centre. Four local breweries will be sampling and one lucky fan will walk away with a minimum $15,000 prize in the Cougars’ Society 50/50 Mega Jackpot (19+; know your limit, play within it). Tickets for Oktoberfest are on-sale at the TicketsNorth by Treasure Cove Casino box office, or online at www.ticketsnorth.ca