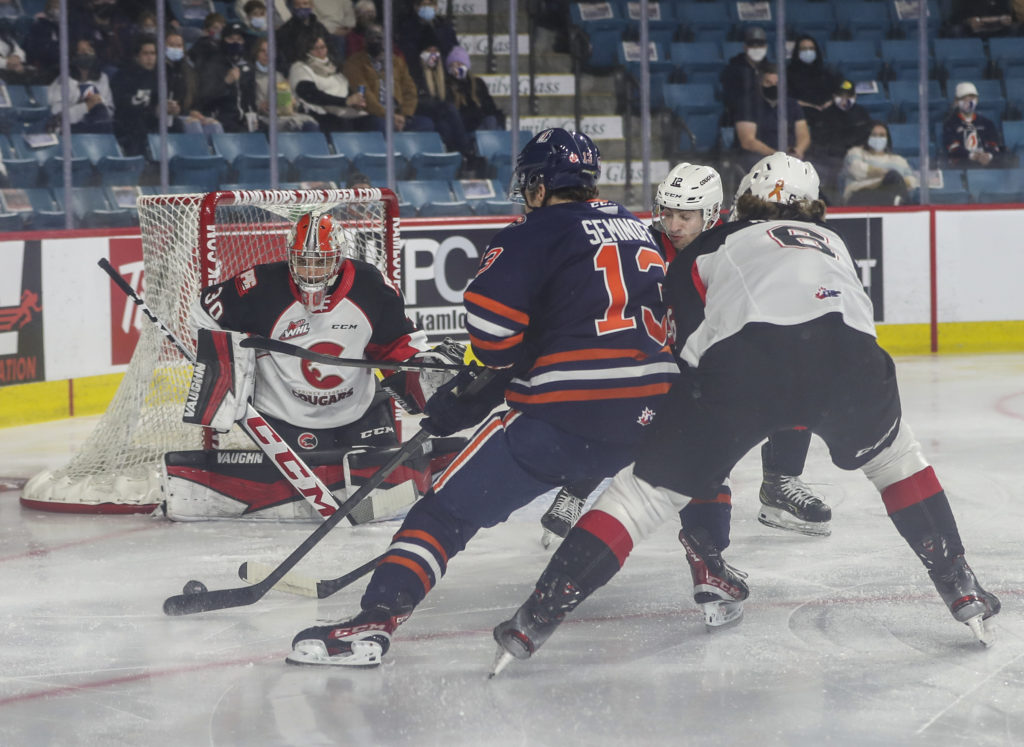 The Prince George Cougars fell to the Kamloops Blazers 8-3 Saturday at the Sandman Centre in Kamloops.

The loss extended the Cougars’ season opening winless streak to three, as they now return home face the Victoria Royals in a weekend doubleheader, starting on October 16th.

Jonny Hooker, Ethan Samson and Craig Armstrong scored in defeat. All three Prince George goals came on the power-play. 16-year-old Riley Heidt had three assists and now has six points (1-5-6) in his first three games. Kyren Gronick chipped in with a pair of assists.

Goaltender Tyler Brennan made his second start of the season and stopped 20 of 25 shots before he was replaced by Ty young midway through the middle period. Young stopped 16 of 19 the rest of the way.

It was the Blazers’ home opener and their Captain, Logan Stankoven, gave the 2,957 in attendance plenty to cheer about. The Kamloops product finished with a pair of goals and four-points. Fraser Minten also had two goals and Dylan Sydor had three helpers.

Emotions flared midway through the third period as Hooker and The Blazers’ Josh Pillar dropped the gloves during a scrum near the two benches. In all, seven penalties, including four misconducts, were handed out to seven players during the skirmish.