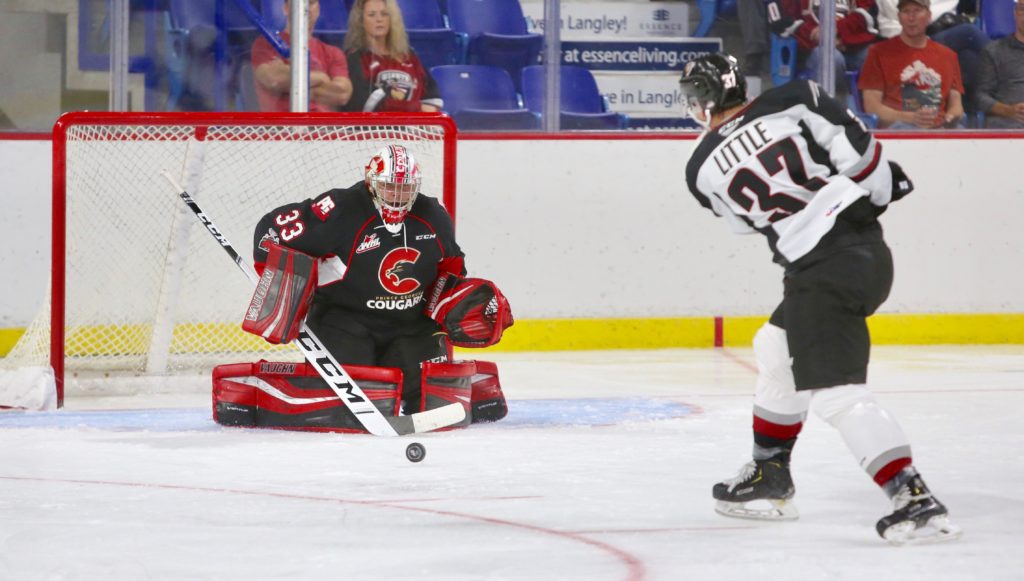 The Prince George Cougars fell 5-3 to the Vancouver Giants in WHL pre-season action Saturday night at the Langley Events Centre.

Ilijah Colina, Ryan Schoettler (power-play), and Craig Armstrong (short-handed) scored for the Cougars (0-2-0-0), who are winless in their first two pre-season games of the weekend. Isaiah DiLaura made his second-straight start and turned aside 22 of 27 shots in the Prince George crease.

Lukas Svejkovsky scored twice for the Giants and Jadon Joseph, Justin Sourdif, and Jacob Gendron added the others. Drew Sim kicked-out 32 of 35 shots in the Giants’ crease.

It was a game that was riddled with penalties, the Cougars had six power-plays in the first 15-minutes of the game but finished with one goal on seven opportunities. The Giants went 1-4. The game also featured a bout between the Cougars’ Austin Crossley and the Giants’ Nicholas Draffin in the first period.

The Cougars led 2-1 after one and were tied 3-3 through 40-minutes, but Svejkovsky’s two third period goals for the Giants was the difference.

The Cougars continue their pre-season weekend tour tomorrow afternoon against the Kelowna Rockets at Prospera Place; face-off is 5:30 pm.