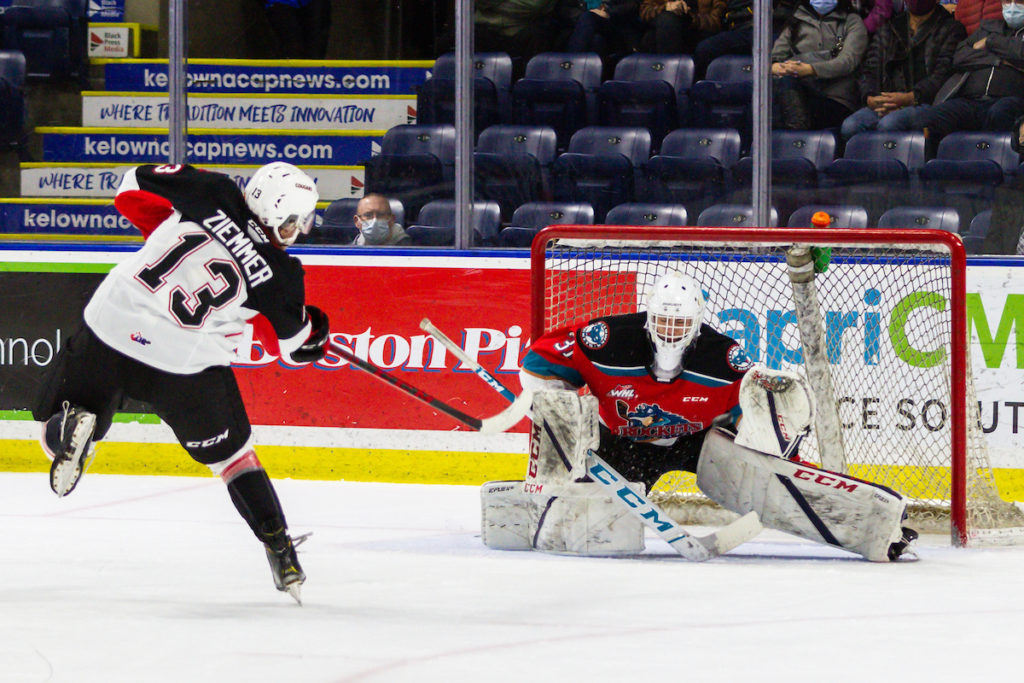 The Prince George Cougars were slow out of the gate on Saturday in their 4-1 setback to the Kelowna Rockets at Prospera Place.

The Rockets scored three times in the first six-minutes on their way to their fourth win in four games against Prince George.

Connor Bowie scored the Cougars’ lone goal, on the power-play, in the first period. Tyler Brennan stopped 25 of 29 shots in defeat.

Gabriel Szturc, Nolan Flamand, Colton Dach, and Tyson Feist scored for the Rockets. Talyn Boyko was named the game’s first star as he stopped 34 of 35 shots.

Szturc scored just six-seconds into the game, setting a new Rockets’ franchise record. Flamand’s and Dach’s goals came just 19-seconds apart early in the opening frame. Feist finished off the scoring with a power-play goal in the final period.

Koehn Ziemmer was awarded a penalty shot in the third period but was denied by Boyko.

16-year-old Zackary Shantz made his WHL debut for the Cougars. Shantz was signed in September and was drafted by Prince George in the third round, 66th overall, in the 2020 WHL Draft.

Next Game: The Cougars (7-11-0-0) continue their road trip on Tuesday, Nov. 30th, against the Seattle Thunderbirds. Fans can listen to that game on 94.3 The GOAT, or they can watch on CHL TV.