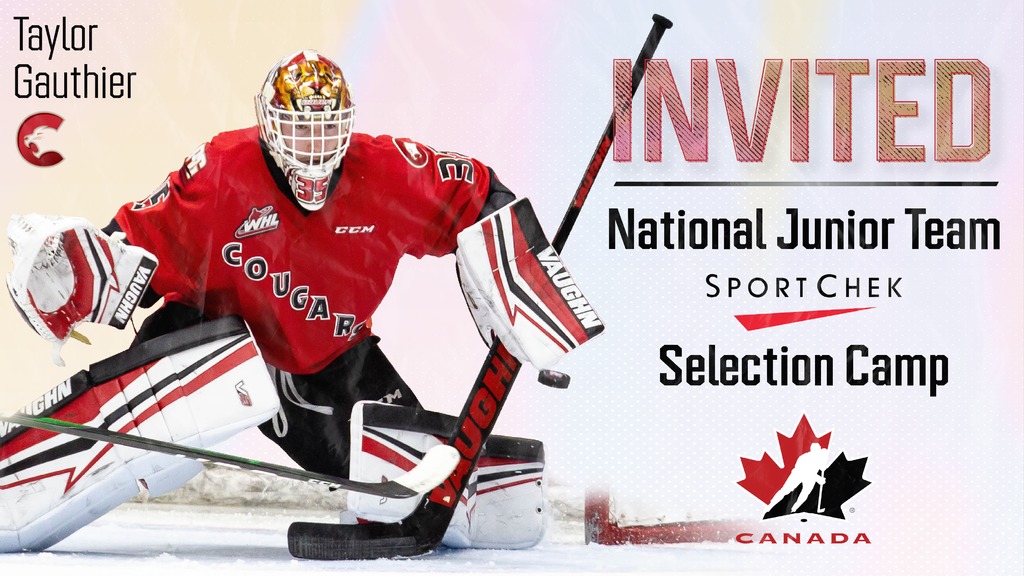 The 46 players invited, including five goaltenders, 15 defenceman, and 26 forwards, will compete for a chance to represent Canada at the 2021 IIHF World Junior Championship, December 25th– January 5th in Edmonton, AB.

“Taylor is a premier goaltender in our league and has a proven track record with Hockey Canada,” said Cougars’ General Manager & Head Coach Mark Lamb. “This is a tremendous opportunity for him and we’re thrilled to see him get the recognition he deserves.”

“We know our athletes are excited for the opportunity to defend gold on home ice this year, and we expect a highly competitive selection camp with a number of difficult decisions to be made when it comes to selecting the players who will wear the maple leaf in Edmonton in December,” said Hockey Canada Senior Vice-President of National Teams, Scott Salmond.

The selection camp will include practices and three instrasquad games, as well as six games against a team of U SPORTS all-starts, between November 28th and December 13th.

The 2021 IIHF World Junior Championship begins on Christmas Day with three games before Canada kicks off its tournament schedule on Boxing Day against Germany at 3 pm PT. TSN will broadcast all 28 tournament games and the 10 pre-tournament games, that begins on December 20th.