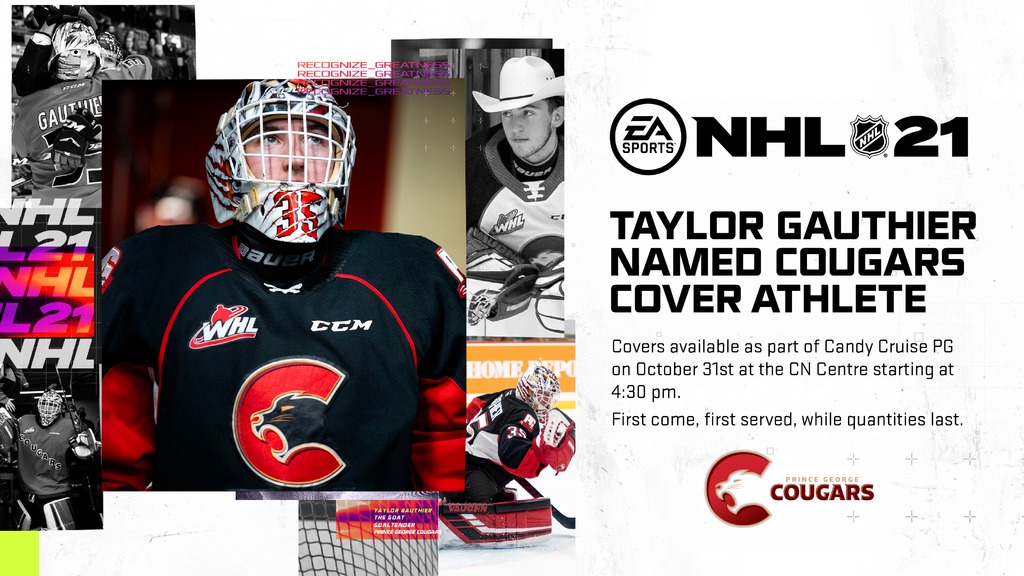 The Prince George Cougars are excited to announce a limited number of Taylor Gauthier NHL 21 covers have been created for PS4 and Xbox.

The covers will be available exclusively at the Candy Cruise Prince George event on Halloween night, Saturday, October 31st, at the CN Centre. Covers are available on a first come, first serve basis while supplies last.

“Like most kids growing up I’ve always imagined myself on the cover. I remember playing this game since NHL 06 and to be named the Cougars’ cover athlete is a nice honour,” said Gauthier.

Gauthier was invited to Hockey Canada’s National Junior Team Sport Chek Summer Development Camp in July and has an international pedigree. Gauthier played for Canada at the 2019 World Under-18 Hockey Championship and won a gold medal at the 2018 Hlinka Gretzky Cup.