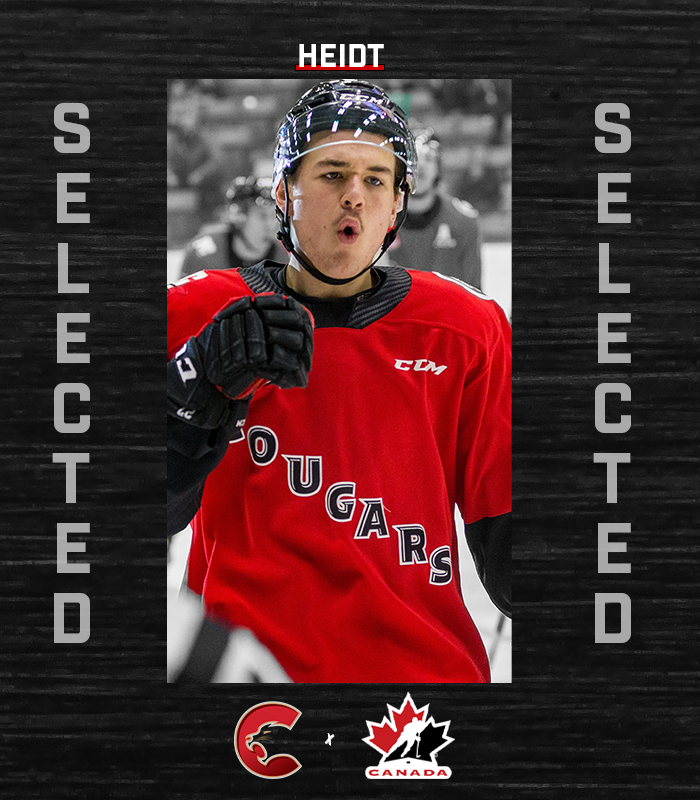 Prince George BC – The Prince George Cougars are excited to announce that forward Riley Heidt has been selected to the Canadian National Men’s Summer Under-18 team at the 2022 Hlinka Gretzky Cup, July 31-Aug 6 in Red Deer, AB.

Heidt, 17, had a great camp offensively, posting three goals and one assist in the two exhibition games for Team Red this past weekend in Calgary. In the 2021-22 season with the Cougars, Heidt led all skaters in points with 58 in 65 games (21G-37A).

Heidt and Team Canada will face off against Finland in a pre-tournament game on Friday July 29th. The Canadians will then open the 2022 Hlinka Gretzky Cup against Team Switzerland on Sunday July 29th at 6:00 PM PT on TSN.

The Cougars organization would like to congratulate Riley on this great accomplishment and wish him the best of luck at the Hlinka Gretzky Cup!