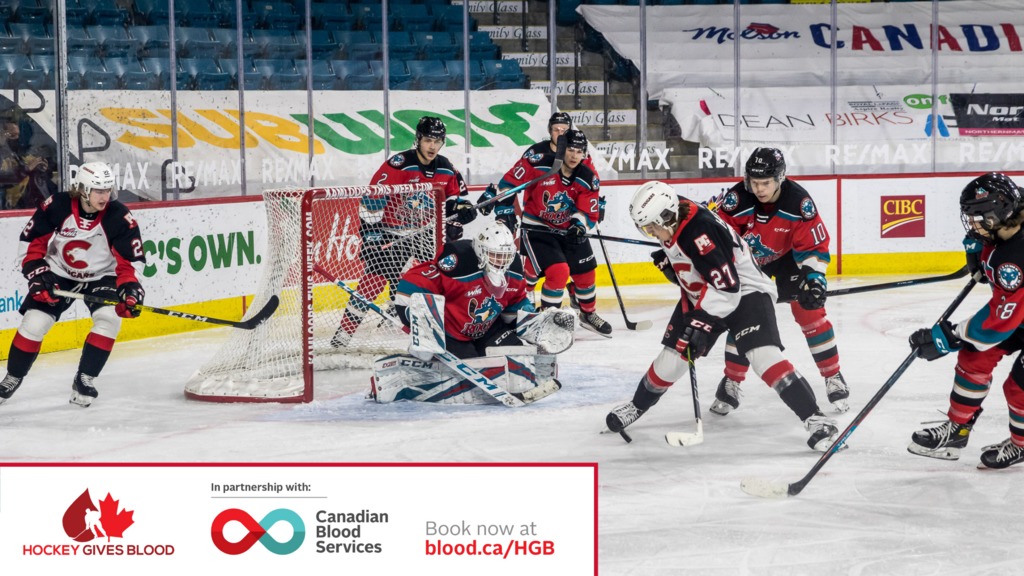 Last Game: The Cougars picked up their seventh win of the season on Sunday with a 5-2 victory over the Vancouver Giants. Koehn Ziemmer scored a pair of goals and Craig Armstrong, Tyson Upper, and Blake Eastman also scored. Goaltender Taylor Gauthier stopped 29 of 31 shots as he earned his fifth win. The power-play was 0-4 and the penalty-kill was 4-4. The Cougars led 3-0 just six-minutes into the game and 5-1 through 40-minutes. Sunday was the Cougars third win in five games against the Giants this season. They meet again tomorrow at the Sandman Centre.

Tonight’s Game: Tonight, is the third of four meetings between the two teams. The Rockets have won the first two encounters, including a 5-1 win when they last met on April 23rd. Going back to last season, the Cougars have lost eight-straight to the Rockets. The Cougars are looking to push their point streak to five games, as they’re 3-0-1-0 in their last four. A win tonight would put the Cougars over the .500 mark for the first time since April 16th. These two teams are tied for third in the B.C. Division standings, but the Rockets have played six less games. The season series concludes on Sunday in Kamloops.

Next Game: May 5th vs. Vancouver Giants

Next Game: May 7th at Vancouver Giants 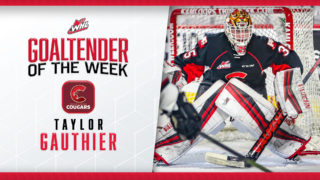 Gauthier named WHL Goaltender of the Week
3 days ago