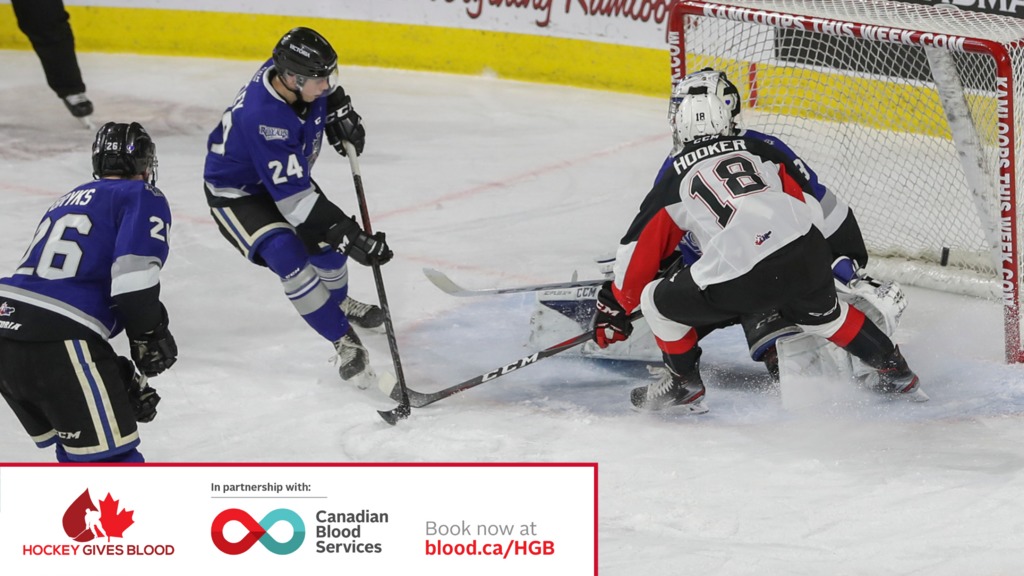 The Prince George Cougars have points in back-to-back games, after falling 3-2 in overtime to the Victoria Royals Tuesday, at the Sandman Centre in Kamloops.

The Royals’ (1-3-1-0) Brayden Tracey scored his second of the game, on a wraparound, with 25-seconds left in overtime, as the Royals picked up their first win in the RE/MAX Hub. Gannon Laroque scored the other Royals goal, his first career WHL goal, in the second period. Connor Martin stopped 43 of 45 shots to earn his first WHL win.

Just like that @PGCougars are all tied up with the @victoriaroyals in the #REMAXHub pic.twitter.com/5yCbL1ntMt

The Cougars (1-2-1-1) remain in third place in the B.C. Division standings with the overtime point. Jonny Hooker scored his first two goals of the season, after the Cougars went down 2-0 in the middle frame. Hooker scored his first with 4:25 left in the second period, then he tied it 1:14 into the third period.  Tyler Brennan is still undefeated in regulation in three starts (1-0-1-1), after he stopped 27 shots in a losing effort.

Prince George went 0-3 on the man-advantage and the penalty-kill was 1-2. The loss evens the six-game season series at one game apiece. The two teams don’t meet again until April 16th at Prospera Place.

“There’s a lot of positives to pull from this game. Our compete level, our energy level was significantly better than our game against Vancouver. We created a lot of opportunities; we spent a lot of time in the offensive zone. We looked rejuvenated,” said Associate Coach Jason Smith.

Game Notes: Tuesday, was the third multi-goal game of Hooker’s career. The other two came against the Kamloops Blazers and Tri-City Americans. Tyler Brennan’s shutout streak ended at 90:01 after Tracey’s second period goal for Victoria. Ethan Browne had a pair of assists in the loss. Majid Kaddoura had a game-high seven shots on net; he leads the team with 18 shots on goal.