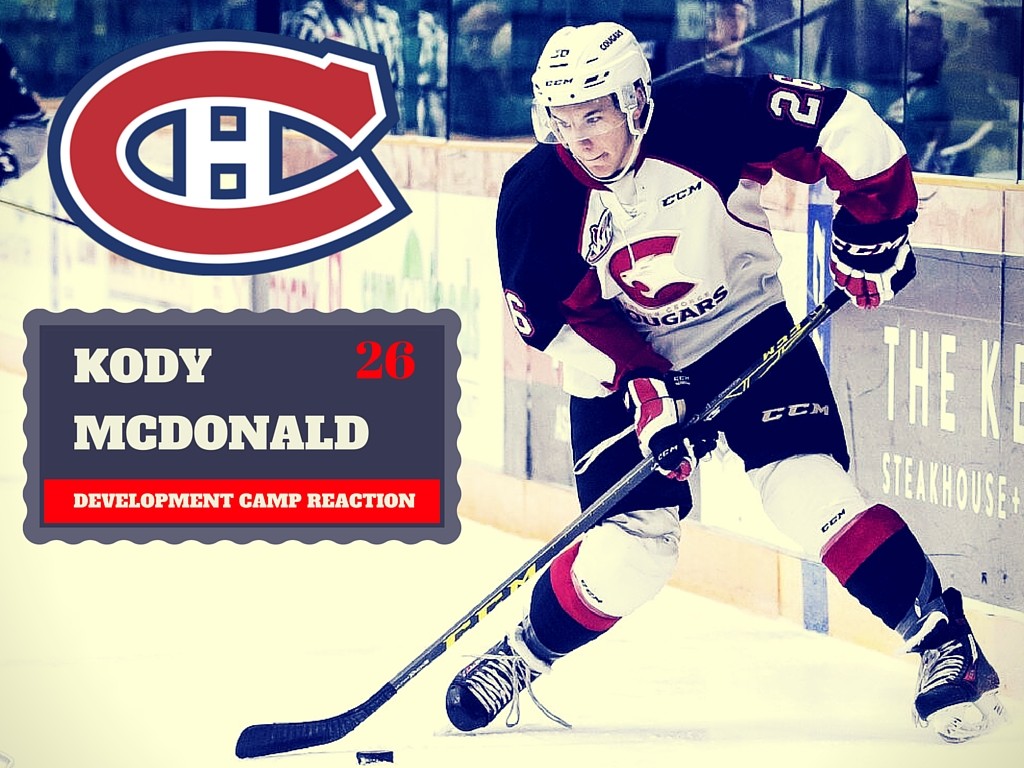 A week ago Kody McDonald arrived in Montreal as a bit of an unknown. Yes there were members of the storied Montreal Canadiens’ management team who were familiar(ish) with his game, and went to bat for him in order to get him invited, but a week later Kody McDonald is no longer an unknown to hockey’s most storied franchise.

“It was one of the best experiences I’ve ever had hockey-wise,” said McDonald who arrived back home to Lethbridge, AB yesterday. “Every minute of the day, and every hour, it all counts. We’ve been taught this throughout our careers but you never really see it until you’re there living it.”

Thank you to the @CanadiensMTL. World class organization! Couldn't of had a better experience at my first development camp!

Kody McDonald made IT count. After being passed over in the 2016 NHL Draft two weeks ago, McDonald quickly learned that he would be heading to Montreal for their Summer Development Camp. Upon his arrival in Quebec, he was assured by members of the Canadiens organization that he was on their radar for all of the right reasons, and was encouraged to go out there and make a positive impression.

“Every minute of the day, and every hour, it all counts. We’ve been taught this throughout our careers but you never really see it until you’re there living it.” – Kody McDonald.

Offensively he shined playing alongside two familiar players in Reid Duke (Brandon Wheat Kings) and Scott Eansor (Seattle Thunderbirds). He managed to get on the score sheet often by using his size, speed and shot to his advantage.

Take a look at the highlights from the final scrimmage at development camp. WATCH | https://t.co/aH0QRTkq5x pic.twitter.com/k89i0mbRq5

At the conclusion of the camp, McDonald’s meetings with coaches and management went well, and he’ll be joining the Habs for their NHL Training Camp come September. All of this has Kody in an excellent frame of mind with his third full WHL season looming and he’s ready to take on a larger leadership role. “Seeing guys like Zachary Fucale (who’s won a Memorial Cup) and Charles Hudon (who’s played for Canada at the World Juniors) lead the boys both on and off the ice really motivated me to want to be a better leader next year and to perform at my highest level for 72 games.”

For more from Kody McDonald, click the interview link below: