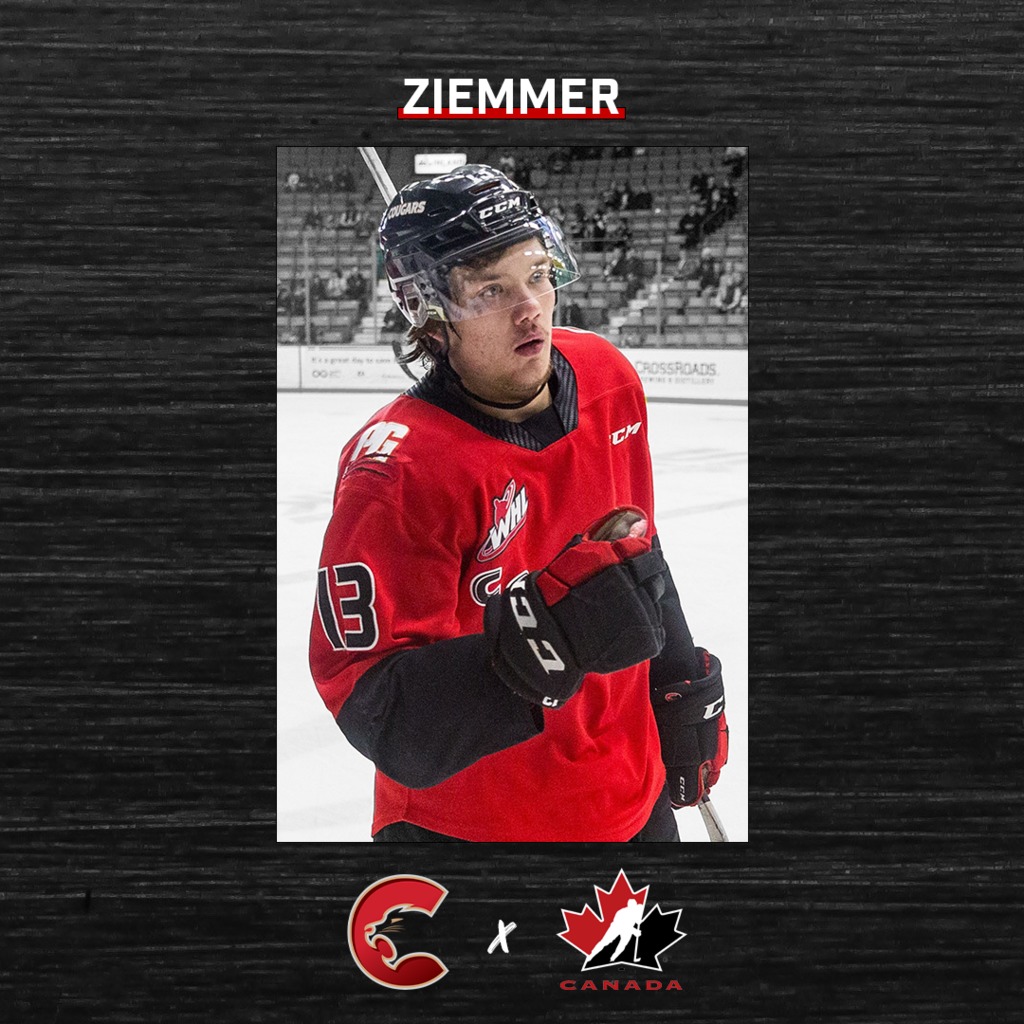 Prince George BC – The Prince George Cougars are thrilled to announce that forward Koehn Ziemmer (04) has been invited to the Canadian World Junior Summer Selection Camp which takes place July 23-27 in Calgary, AB. Ziemmer will join teammates Ethan Samson and Tyler Brennan who were invited to the camp in June.

“It is an honour to be invited to anything related with Hockey Canada, and Koehn is very well deserving of this,” said Cougars Head Coach Mark Lamb.

Ziemmer, 17, had quite a memorable 2021-22 season with the Cougars. The Mayerthorpe, AB product amassed 30 goals and 27 assists in 68 games played with the Cats. In the 2021 Hub season, Ziemmer tallied nine goals and three assists in 22 games played.

The Cougars again would like to congratulate Koehn on being invited and wish him, Ethan Samson, and Tyler Brennan the best of luck in Calgary at the end of the month!